According to the Facebook Page of the 92nd Street Y, on March 22, 1874, the Young Men’s Hebrew Association was formed.  But a quick look at its current website shows that Roger Waters, former front man for the rock group Pink Floyd, and currently one of the  biggest haters of Israel outside of the Middle East, will be appearing at the 92nd Street Y late next month.

Waters is one of the best known of the small group of celebrity advocates for the economic warfare movement against Israel known as the BDS movement.  BDS stands for the boycott of, divestment from, and sanctions against the Jewish State of Israel.


Not only does Waters refuse to perform in Israel, but he also delights in placing enormous pressure on colleagues in the arts world to renege after agreeing to perform in or for Israel.

Just last year the musical superstar Stevie Wonder had agreed to appear at a fundraiser for the Friends of the Israel Defense Forces gala in Los Angeles, in December.  Suddenly, shortly before the event, Wonder cancelled his participation, with the awkward explanation being that he is a “messenger of peace for the United Nations.”

At the time, the national director and CEO of the FIDF, Maj. Gen. (Res.) Yitzhak (Jerry) Gershon, wrote in a press release that the “FIDF is a non-political organization that provides much-needed humanitarian support regardless of religion, political affiliation, or military activity.”

Many concluded that some officials at the U.N. had dissuaded Wonder from performing at the FIDF fundraiser, although restrictions are not imposed on U.N. ‘messengers of peace.’

However, Roger Waters recently bragged that he played a critical role in convincing Wonder not to perform at the L.A. FIDF benefit. Despite the Wonder no-show, that FIDF benefit raised more than $14 million.

There are also reports that the aging rock musician intends to convince others to join with him in a musical venture to promote his anti-Israel efforts.

Waters recently issued a statement, filled with inaccuracies, comparing Israel to Apartheid South Africa, and explaining why he believed Israel should suffer the same fate.  He said, according to a JTA report,

I think that the kind of boycott that was implemented against the apartheid regime in South Africa back in the day is probably the most effective way to go because the situation is that the Israeli government runs an apartheid regime in Israel, the occupied territories and everywhere else it decides. Let us not forget that they laid waste most of Lebanon around the time I started getting involved in this issue. They destroyed airports, hospitals, any public buildings they could.

The event featuring Waters at the 92nd Street Y is called, “A conversation with Roger Waters.” 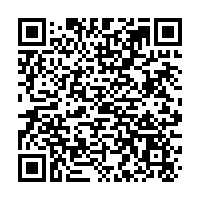