The U.S. State Dept. has filed a motion to dismiss the claims of a group of Americans who allege American aid money to the Palestinian Authority funds terrorism.

The Palestinian Anti-Terrorism Act requires the State Department to certify that none of the money is used for terror.


“It is estimated that since the signing of the Oslo Accords in 1993, the State Department, via USAID, has given over $4 billion to Palestinians, according to the Israel Law Center (Shurat HaDin). The sum includes U.S. funding to UNRWA, the United Nations body that operates in Judea, Samaria and Gaza.

The lawsuit, filed by 24 Americans living in Israel last November in the U.S. District Court for Washington, contends that the State Department has ignored Congressional safeguards and transparency requirements which govern financial assistance to the PA.

The Jewish Press and other media have frequently reported that the Palestinian Authority pays fat salaries to its suicide bomb masterminds serving time in Israeli jails, spends money to build monuments to glorify suicide bombers and funds its media to disseminate incitement to terror against Jews. Millions of dollars also are transferred to Hamas, which the State Dept. itself classifies as an illegal terrorist organization.

The attorneys for the U.S. government, who have asked the court not to allow the case to continue, claim that the plaintiffs lack standing to bring this civil action and that the case raises “political questions.”

Nitsana Darshan-Leitner, one of the attorneys for the plaintiffs and director of the Israel Law Center explained in a statement Tuesday that the issue is the lack of transparency on the part the officials at Foggy Bottom in Washington.

“Rather than defend the government’s foreign aid policy on its merits and provide proof that it truly knows where taxpayer money to the PA is going, the government’s lawyers are trying to dismiss the lawsuit on legal technicalities,” she said. ”They are saying that it is pure speculation that Americans can be injured by terrorism in Israel and that the issue of funding is a foreign policy power reserved to the U.S. President and cannot be reviewed by the courts.”

Darshan-Leitner added emphasized that the lawsuit does not challenge the Executive Branch’s right to conduct foreign policy but simply want transparency.

“U.S. funds are being utilized by the Palestinians for terrorism which threatens Americans, and the plaintiffs will be responding to this motion and asking that the case be allowed to go forward,” Darshan-Leitner stressed.

The Department of Justice has declined to comment on the case when asked to do buy the Washington Free Beacon. 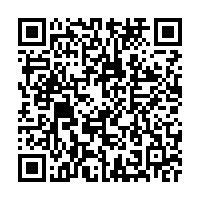