Israeli shoppers were as enthusiastic as their American counterparts last week in rushing to take advantage of Black Friday deals. But so were global cyber attackers, who were just waiting to pounce at the first opportunity, according to a study by Surfshark Antivirus

The study showed there was a noticeable rise of 38 percent of cyberthreats in Israel a week leading up to Black Friday.

The aggregated data were analyzed according to three major categories: 1) Threat rate (threats per 100 scans) by country: threat count divided by completed scans multiplied by 100; 2)Threat rate by its type; 3) Threat tiers: scan count that found 1, 2 to 10, 11 to 50, and more than 50 threats.

Countries were ranked by threat rate, excluding those with too few scans completed.

Israel had a threat rate that was 19 percent higher than the global average, with the most common threats listed as heuristic and riskware, according to the company’s Nedas Kazlauskas, Antivirus Product Owner.

But Europe was the most affected region in the month leading up to Black Friday, according to the report.

“The holiday shopping season starting with Black Friday is not only beneficial for retailers but cybercriminals as well,” Kazlauskas observed.

“People browsing online searching for gifts and deals during the time of huge discounts are more likely to click on suspicious links or download malicious files infecting their device.”

The most common threat types identified and flagged during the scans were riskware (47.3 percent of all threats), heuristic (12.4 percent) and adware (9.2 percent).

Two of the most common cyberthreat categories were malware and riskware. (Riskware is a program made without malicious intent but has security vulnerabilities that give it the potential to become malware. Malware is any software, product, or program created or installed onto a computer to cause harm.)

Here’s a list of tips to protect yourself from online threats:
• Avoid unfamiliar sites: Steer clear of unknown or unvetted sites that offer discounts too good to be true.
• Look for the lock icon: Make sure the website has a secure HTTPS connection. The lock icon in the address bar can identify them as legitimate sites.
• Update your software: Ensure the programs and apps are up to date to avoid potential security breaches.
• Steer clear of suspicious links: Scammers will send malicious links via email, mobile or social. Please do not click on them; instead, verify deals on a retailer’s official website.
• Watch for typos: Inconsistent grammar, multiple typos, and strange phrases can indicate potential scams.
• Use Antivirus: It offers real-time protection from same-day threats and advanced detection against malware and cyberattacks. 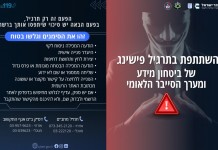 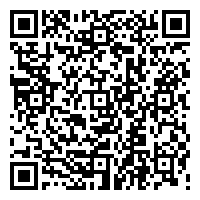