The biopharmaceutical company AnGes MG, located in Osaka, Japan, and launched out of Osaka University, on March 5 announced it was starting the development of prophylactic DNA vaccine to combat the COVID-19, based on the experience of launching plasmid DNA products for hepatocyte growth factor (HGF) gene therapy. AnGes focuses on research and development of gene medicine.

HGF, or scatter factor (SF), has been shown to have a major role in embryonic organ development, specifically in myogenesis, in adult organ regeneration, and in wound healing.


On Tuesday, Reuters reported that AnGes and Osaka University had completed development of a DNA vaccine against the new coronavirus and plans to begin testing it in animals soon.

AnGes stated in early March that DNA vaccines are safe and can be produced in a short time period without using any dangerous pathogens. By inoculating a circular DNA (plasmid) encoding the protein of the target pathogen, the pathogen protein is produced in the body and immunizes against the pathogen.

Essentially, it appears that the new vaccine will function as a synthetic antibody. The organic antibody, which is Y-shaped, recognizes a unique molecule of the pathogen, called an antigen, via the fragment antigen-binding variable region. Each tip of the “Y” of an antibody contains a paratope (analogous to a lock) that is specific for one particular epitope (analogous to a key) on an antigen, allowing these two structures to bind together with precision. Using this binding mechanism, an antibody can tag a microbe or an infected cell for attack by other parts of the immune system, or can neutralize its target directly (for example, by inhibiting a part of a microbe that is essential for its invasion and survival).

AnGes noted that unlike attenuated vaccines, created by reducing the virulence of a pathogen, but still keeping it viable (or “alive”), DNA vaccines are safe, as they have no pathogenicity.

They may also not work, being synthetic and all.

Nevertheless, according to Reuters, AnGes shares surged by 17% in Tuesday morning trade in Tokyo. 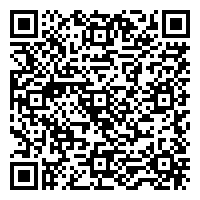