President Reuven Rivlin on Thursday visited the University Veterinary Hospital and the Ministry of Agriculture’s Agricultural Research Organization at Beit Dagan, where he was presented with a new variety of grapes, named ‘Rivlin’ in memory of his late wife, Nechama.

“They taste like consolation,” the president said emotionally, after tasting the grapes and thanking the farmers and scientists who are developing them.

The Chief Scientist of the Ministry of Agriculture, Dr. Avi Pearl, presented the president and his family with the new variety, which is exceptionally sweet, seedless and has a very thin skin. Speaking to the Rivlin family, he said, “I did not know Nechama personally, but I was glad that you agreed that we name this grape variety for her.”

“Just as every person has a name given them by God and by their father and mother, and every person has a name given by their stature and their smile – so every variety has a name, given by those who create it and given by the seasons,” Pearl said, explaining that the name “expresses its character and its beauty, and is created from memories and moments of truth with it. There is something in a person’s name and in a variety’s name that expresses their unique, inner, and singular essence and it is sometimes a bit annoying that we remember a person from their death rather than from their life, as if he we defining them by the circumstances of their death and not by the accomplishments of their life.”

“The bunch of ‘Rivlin’ grapes you see is made up of dozens of single grapes. Each is hard on the outside, yet soft and sweet on the inside. Each grape holds within it the sweetness of good deed in a person’s life. And the whole bunch represents Nechama. Together, they represent modesty, dignity and beauty. There is also a closing of a circle here. Nehama, a Bachelor of Science in Biotechnology and Zoology, with a teaching certificate in Natural Sciences, worked for many years at the Hebrew University at the Institute of Life Sciences. Her love of nature and its conservation were and will continue to be a part of her heritage. I am delighted that on this visit, we have been able to contribute even a little to this,” Pearl said.

The scientists and researchers from the Ministry of Agriculture also presented the president with new developments in greenhouse crops, cannabis and natural sweeteners.

On a tour of the University Veterinary Hospital, part of the Hebrew University’s Faculty of Agriculture, the president met doctors who, among other things, had treated his dog Don, and saw animals being treated using various medical procedures.

The Veterinary Hospital trains students in the veterinary professions studying at the School of Veterinary Medicine, located at the Hebrew University’s Faculty of Agriculture in Rehovot. “Anyone with such compassion for caring for our animals must surely also know how to relate to humans properly,” the president told the hospital staff after the tour.

“Israel is not blessed with many natural resources, but it is blessed with smart people who know how to take challenges and turn them into solutions,” the president said. “I see our successes in the fields of water desalinization, in agricultural developments and in fighting desertification (land degradation in which a relatively dry area of land becomes a desert, typically losing its bodies of water as well as vegetation and wildlife) which are being used all over the world. I meet Israelis who want to use our capabilities for the good of all of humanity. Agriculture is a strategic asset for Israel – it is values, economy, security and independence.”

The president recalled how Nechama was the one to connect him to working the land. “As a Jerusalemite, I am a city person at heart. The person who helped me get to know and to connect to the earth was Nechama, the moshavnikit from Herut. Nechama brought with her the secrets of those who know to grow their own food and to live off the land – picking oranges, growing vegetables, herding, fertilizing, watering, milking cows, gathering eggs. Even living in the city, she made sure we were connected to Israeli nature, its land and its seasons. All of us, down to the grandchildren, know what fruits, vegetables and herbs are connected to which season and, of course, follow Nechama’s instructions that they can only be eaten when in season.”

The president thanked the scientists personally and on behalf of his family, saying: “I know Nechama would be delighted to know that there is a new, native, grape variety which is so delicious, and that it carries her name. I thank you very much on her behalf and on behalf of my family.” 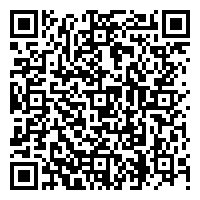