Israel agreed that products from the settlements in Judea, Samaria, and the Golan Heights will not enjoy various benefits such as customs exemptions under the Free Trade Zone Agreement to be signed with South Korea next week.

The Koreans conditioned the entire deal on the settlements exclusion, and only after Israel has given in did they agree to a visit to Tel Aviv by South Korean trade minister Yoo Myung-hee next week, to sign the agreement, Ynet reported Thursday.


Officials in Jerusalem said the agreement with South Korea is the first of its kind with an Asian country, which they believe will pave the way for further Israeli trade deals in Asia.

The benefits from the new agreement with South Korea to the Israeli public is estimated in billions in both Israeli export revenues and a lower cost of living.

The current volume of trade between Israel and South Korea is $1.5 billion. Immediately following the signing, the trade volume is expected to jump by $100 million, with a significant continued increase.

The settlement exclusion clause is similar to the one in the Horizon 2020 agreement signed with the European Union.

The agreement with South Korea includes a mechanism to detect and resolve disputed settlement products. It should be noted that settlement goods will remain legal in South Korea, but will not benefit from customs exemptions.

In response to the fact that products made in Judea and Samaria will not be included in Israel’s free trade agreement with South Korea, Gush Etzion Regional Council Head Shlomo Ne’eman responded saying:

“It is inconceivable that as part of the free trade agreement with South Korea, which is due to be signed next week, residents of Judea and Samaria will be discriminated against. Once again, we are being treated as second class citizens. It is forbidden to sign any agreement that leaves out our residents. The products produced by our communities are some of the best and most popular within the Jewish community and nationally like any other products. This must end here and now, and the residents of Judea and Samaria must be added [to the agreement].” 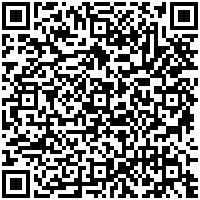