Smart Shooter officials appeared at the United States Army’s annual conference in Washington, D.C. to introduce SMASH 2000 Plus, an optical device that can be placed on many small arms, including the M4 Carbine, and tracks potential targets using a traditional red dot sight picture.


Once a target is found, the device issues a firing solution that compensate for the soldier’s breathing and fatigue which would normally pull his aim off target—all the soldier needs to do is hold down the trigger. A round is shot, seeks and hits the target, and nothing but the target.

Nir Kaveh, Smart Shooter’s marketing director, told Army Times that “the human factor is the main reason soldiers and policemen miss the target … because they are under stress and fatigued.”

“What we promise here is that almost every bullet will be on target, by controlling the exact moment when the bullet is released So if you’re not on target, you won’t be able to fire,” Mazor added.

According to the company, SMASH 2000 has been in use by the IDF as of this year. 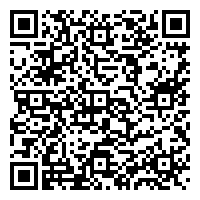