After an extremely detailed forensic analysis, independent, third-party examiners, as part of a process overseen by the U.S. Security Coordinator (USSC), could not reach a definitive conclusion regarding the origin of the bullet that killed Arab-American Al Jazeera journalist Shireen Abu Akleh. Ballistic experts determined the bullet was badly damaged, which prevented a clear conclusion, according to a statement by the US State Department.

On Saturday, the PA gave in to American pressure and agreed to submit the bullet that killed the journalist in Jenin almost two months ago for a ballistic examination. The PA’s attorney general stressed in an Al-Jazeera interview that his side would in no way hand over the bullet to the Israeli side, insisting that the PA only agreed that the Americans would check it. However, despite his vociferous denial, Israeli officials said the testing of the bullet was carried out by Israel, under US supervision.


In addition to the forensic and ballistic analysis, the USSC was granted full access to both Israel Defense Forces (IDF) and Palestinian Authority (PA) investigations over the last several weeks.

By summarizing both investigations, the USSC concluded that gunfire from IDF positions was likely responsible for the death of Shireen Abu Akleh.

The IDF does not agree with the part of the USSC conclusion and the IDF investigation concluded that the source of the fire that led to the death of Shireen Abu Akleh could not be determined based on the available information. Furthermore, the IDF investigation conclusively determined that no IDF soldier deliberately fired at Shireen Abu Akleh. The USSC agrees with that last assessment.

The USSC found no reason to believe that the shooting was intentional but rather the result of tragic circumstances during an IDF-led counter-terrorist operation against Palestinian Islamic Jihad terrorists on May 11, 2022, in Jenin, which followed a series of terrorist attacks in Israel. Shireen Abu Akleh was reporting from the combat zone when she was shot.

The IDF stated that the physical condition of the bullet and the quality of the characteristics on it do not enable a ballistic examination to conclusively determine whether or not the bullet was fired from the weapon which was examined.

The United States said it appreciates and continues to encourage cooperation between Israel and the PA in this important case. We will remain engaged with Israel and the PA on next steps and urge accountability, and it offers its deepest condolences to the Abu Akleh family.

The IDF added in their statement that the IDF will continue to thwart terrorism wherever needed while taking precautions and measures to prevent harm to non-combatants. The IDF regrets harm to non-combatants, including during an exchange of fire or active combat zones, and is fully committed to protecting the sanctity of human life and the protection of the freedom of the press. 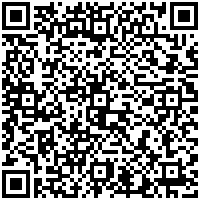