Update at the end of the article.

Finance Minister Yair Lapid woke up this morning to find that someone had posted a picture of him dressed as Hitler, one day after the Knesset passed on first reading his proposed budget that includes tax hikes and spending cuts.


Written on the fake picture of Lapid, complete with a Hitler-style moustache, were the words, “Israeli economy’s hateful enemy.”

It is not clear who was behind the prank, but he or she managed to arouse a storm of protest.

It is shocking indeed, but then he took it to the extreme and started digging up the blood libel against the national religious community following the assassination of Prime Minister Yitzchak Rabin in 1995.

“It is with great sorrow that the whole country has not internalized what happened before 18 years ago, when Yitzchak Rabin was murdered. In those black days before the murder, a picture of Rabin was posted showing him dressed as Hitler.

“I hope the police will immediately arrest whoever carried out this horrible posting against Finance Minister Yair Lapid.”

UPDATE: Numerous bloggers are now saying that they believe that PR official Ran Rahav or an associate of his was involved in creation of the photo, based on the suspicious manner in which Rahav tried to upload and publicize the image.

Years ago, it was exposed that the picture of Yitzchak Rabin in an SS uniform was created and distributed by a Shabak agent. 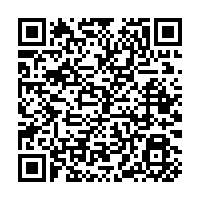