MK Ahmad Tibi (Joint Arab List) has told the London-based Arabic newspaper Al Hayat that there’s no chance for the renewal of talks between Israel and the Palestinians, and there’s no point in new meetings between Prime Minister Netanyahu and PA Chairman Abbas because, Tibi believes, Netanyahu would only use such meetings to further his own aims.

Tibi also held the US responsible for the current state of things, because it had given up on the Palestinian issue, and opted to put the blame on both parties, despite the fact that only Israel is to blame.


MK Tibi is probably the most controversial Arab politician in Israel, because of his deep relations with the late Yasser Arafat — he served as his political advisor from 1993 to 1999, and represented the Palestinians at the 1998 Wye River negotiations — and his unabashed attacks on Israeli policy, which have remained relentless and vociferous. The difference between himself and other anti-Zionist Arab MKs is his superior command of Hebrew (he often corrects his Jewish colleagues’ Hebrew), which allows him to spew his hate eloquently.

A Member of the Knesset since 1999, Tibi describes himself as Arab-Palestinian in nationality and Israeli in citizenship only.

Tibi’s interview came against the background of a statement by Dr. Mohammad Shtayyeh, who served as the Palestinian Authority’s Minister of Public Works And Housing and Minister of the Palestinian Economic Council for Development, who announced on Thursday that the PA no longer abides by its Oslo agreements with Israel as long as Israel is not keeping them. “Israel is not a partner — it’s an enemy state that occupies our land,” Shtayyeh told Israel Radio.

The Rebbe’s Father, A Beacon Of Sanctity And Strength 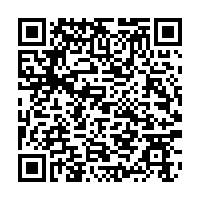