Senior officers in the IDF southern command have been expressing their concerns in recent internal forums regarding the security situation around the Gaza border, arguing that it is as tense as it has been since the 2014 war, Walla reported Thursday. Except that today, unlike the days before the last war, an Israeli military initiative across the border is possible.

“The different units must prepare for the possibility that the political echelon would lose its patience or that the tunnels threat in Gaza would leave no more political room for restraint, and [the cabinet] would attempt to take care of the tunnels on the Palestinian side,” one senior officer said. He called on the units in the area to remain on high alert for the possibility of a go order, and to that end the IDF has been practicing reaching gathering areas, including dealing with scenarios of rocket barrages targeting IDF bases.

Apparently, the IDF does not rule out the possibility that Hamas has succeeded in digging attack tunnels that cut through the border fence system. Accordingly, the procedures for regular ground forces and civilian squads in the area have been tightened to prepare for the possibility of terrorist infiltration of communities once they had emerged from the tunnels.

Chief of Staff Gadi Eizenkot on Tuesday spoke about the Gaza tunnels threat, saying that relevant action is being pursued “away from public attention.” He said that about one hundred engineering tools are operating in the area, seeking to locate tunnels. Speaking at a ceremony marking the 19th anniversary of the helicopter disaster, the chief of staff said that “the recent period is presenting us with a complex security reality. IDF commanders and soldiers are acting with determination to locate and thwart the terror threat, as well as the tunnels threat.”

The helicopter disaster was an accident that took place on February 4, 1997, when two IAF Yas’ur helicopters ran into each other above the Hula valley. All 73 soldiers, including the crew of 8 were killed. 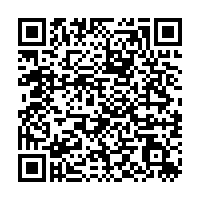