MK Dr. Anat Berko (Likud) on Wednesday started an international crisis when she told the Knesset plenum that the Arabs who live in Israel and elsewhere cannot pronounce the name they’ve picked for their future state, “Palestine.”

The Arab alphabet has a variety of beautiful sounds which are created in areas of the human mouth and throat that European languages never visit. But Arabic does not have the “P” sound, and Arabs, for the most part, have a hard time pronouncing words with the letter P in them, opting usually for the letter B instead, which is also created by the human lips.


Which is why, as MK Berko pointed out, it’s pretty embarrassing when your national leaders pick for your new nation and country a name you can’t pronounce — Palestine.

The name was initially picked by the Romans, looking to eradicate every remnant of Jewish history from the land, they were in such a rage over the bloody nose they got from those pesky rebels in 132-35 CE. So they went with Palestine, a Latin mispronunciation of Eretz Plishtim, named after an invading nation that had itself disappeared 600 years earlier.

So Arabs can’t say Palestine, and in Arabic the name is pronounced Falastin. There are many other Arab mispronunciations of European words, like Napoli (Naples), the name of a Roman built city in Samaria, they call Nablus, which is also known as Shechem of Biblical lore. Israeli folklore is rich with jokes about the words Arabs can’t pronounce, including the pro-Arab group Beace Now, and household gadgets made from Blastic.

Apparently, Anat Berko’s slight hit a raw nerve, and the entire left side of the aisle began shouting at her, calling her racist (grammatical racism — is that a thing?), and accusing her of incitement (to what? Brober bronunciation?). Several Arab MKs left in a huff (they usually have a huff waiting for them in the hall for just that purpose). Foreign Policy, that bastion of quality journalism, carried the story under the headline: Israeli Lawmaker: “There Can’t Be a Palestine Because Arabic Has No ‘P.’”

Berko’s best taunt Wednesday was when she said, “Can you even imagine that the Jewish national liberation movement were named Zionism if the letter Z didn’t exist in Hebrew?”

Actually, the name in Hebrew is “Tziyonut,” and the letter is “Tzadik,” but you get the point.

In the end, Berko made her point quite well regarding the obvious lack of authenticity of the entire Palestinian narrative, made out of whole cloth by Arab politicians in an attempt to erect a barrier before the Jews’ return to Eretz Israel. The name Palestine back then was in popular use (Golda Meir once pointed out that she, too, at one point had been a Palestinian, because the British mandate of 1918-48 was named Palestina-E.I., the ending being the abbreviation of Eretz Israel).

Finally, the most important and really funny part about the Arabs of Eretz Israel using the name Palestine and Palestinians: the name Plishtim, the source of the Roman pick for occupied Judea, is a Hebrew word originating in the root P.L.Sh., as in Polshim-Invaders. The Plishtim were not Semites but Hellenic tribes who sailed the Aegean Sea to Canaan and settled along the coast between Gaza and Ashdod.

So that the Arabs of Eretz Israel picked the name “Invaders” to describe their right to the land stolen by the Romans from the Jews.

Now you really, really know everything you need to know about the Palestinian Liberation Movement.

For a full history, watch this: 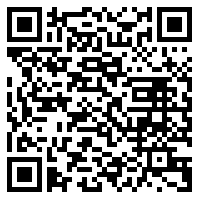