The Ministry of Culture and Sports, in collaboration with the Ministry of Jerusalem and Heritage and the Jerusalem Municipality, approved a special project, in which millions of shekels will be allocated for the first time for the development of sports facilities in Jerusalem’s Arab neighborhoods. The government said that the project is needed after what it described as decades of neglect in this area.

It also comes after the city of Jerusalem announced projects in recent months for the development of new commercial and residential centers in the Arab neighborhoods. For example, in December the city green lit a master plan for the Arab Beit Hanina and Shuafat neighborhoods in the city. The plan includes new housing and commercial developments, as well as several new parks.


And last October, a massive $300 million construction project was revealed by Bashar Masri, a billionaire entrepreneur and founder of the Palestinian Authority city of Rawabi near Ramallah. That project is to be called the “Lana” (for us) and will have a 400 unit housing development to be built in the northern areas of Jerusalem.

The highlight of the project will be a large basketball arena and gymnasium to be constructed on a 3.5-acre plot in the neighborhood of Wadi Qadum Ras al-amud which is located to the east of Silwan and the Old City and south of the Jewish cemetery on the Mount of Olives.

In addition to basketball, the complex will also be available for other sports activities and competitions. It will be used by a school during the day and the community in the afternoon. There will also be a football field there and walking trails with lighting in the evening as well as outdoor exercise equipment. Such equipment, which can be used by the public for light exercise, can be seen in parks around Jerusalem.

The project has a number of objectives. First, the area has been neglected for a long time and has old and decaying infrastructure. Also, Israel’s government is currently engaged in a national campaign to fight the high rate of crime, especially violent crime, in Israel’s Arab communities. The new facilities will hopefully help to reduce the rate of violence among the local youth who have no places to go and play sports, or just to hang out under safe conditions.

This is like the midnight basketball initiatives begun in the US in the 1990s. They helped to curb inner-city crime in the country by keeping urban youth off the streets and engaging them with alternatives to drugs and crime.

The program will also help to promote and develop youth sports programs in the community.

The government program has been budgeted at NIS 2.1 billion ($666 million) for five years and it deals with many areas. For example, it also finances the changeover of local schools’ curricula to match the national one.

Director General of the Ministry of Culture and Sports Raz Froelich said that this is an important and significant program that will benefit the Arab residents of Jerusalem and will upgrade their standard of living and provide social and educational well-being to all residents of the area.

“Proper investment in sports will reduce gaps for the population in the east of the city and add great value to the children and youth who will engage in sports as a hobby or as a way of life,” said Froelich. 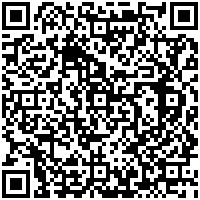