Israeli judoka Peter Paltchik took the gold in the 100 kg weight class on Monday in Day 3 of the Abu Dhabi Grand Slam 2018 Judo Tournament in the United Arab Emirates, in a final match against Elmar Gasimov of Azerbaijan. Gasimov won a silver medal.

“You are golden; you promised, and you did it,” Netanyahu enthused.

“There are two great things here. There is a fantastic gold here and much hope for Israeli judo. There is much hope when we hear our national anthem; everyone is moved by this honor and pride. It is not only your personal achievement and the Jewish achievement of Israeli sports, but also the fact that the anthem was being played in Abu Dhabi,” he said. “You know that I was recently in the area, not far away. Sagi, you are also contributing to Israel’s diplomatic effort in the Arab world. For all these reasons, congratulations!” Netanyahu said.

The rest of the Israeli judo team has also acquitted itself extraordinarily well at the tournament.

Israeli judoku Baruch Shmailov won a bronze medal in the 66 kg class against Yakub Shamilov of Russia, this weekend at the tournament.

And Israeli female judoka Gili Cohen won a bronze medal against Joana Ramos of Portugal in the 52 kg weight class, as well.

In addition, female Israeli judoka Gefen Primo is currently listed in fifth place at the tournament. 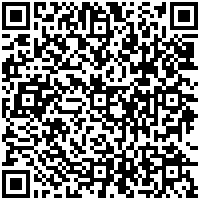