The International Judo Federation on Saturday suspended Algerian judoka Fethi Nourine and his coach Amar Benikhlef for withdrawing from the Tokyo Olympics after being scheduled on course for a match against an Israeli opponent.

Nourine was scheduled to face Sudan’s Mohamed Abdalrasool on Monday, in the men’s 73 kg class, and a win would have sent him to a bout with Tohar Butbul, winner of silver medals at the 2019 Judo World Masters and the 2021 European Championships. As of March 2018, Butbul has been ranked 9th in the world in the under 73 kg division. Nourine, whose entire record of international wins was achieved in African championships, is currently ranked in 31st place—before his suspension.


So, obviously, the chance of getting routed by a much better, established Israeli fighter was too intimidating for Fethi “Chicken Heart” Nourine.

Nourine walked away from the World Judo Championships in 2019 on the eve of his scheduled match against Butbul, who is a much better athlete. Those world championships were also held in Tokyo at the site of the Olympic judo competitions.

The IJF issued a statement saying that the two men’s move was “in total opposition to the philosophy of the International Judo Federation,” stressing that “the IJF has a strict non-discrimination policy, promoting solidarity as a key principle, reinforced by the values of judo.”

The IJF noted that the Algerian Olympic Committee had withdrawn the accreditation for both Nourine and Benikhlef and would send them home.

On Friday, Nourine told Algerian media that the reason he refused to face his Israeli opponent was his political support for his oppressed Arab brethren, blah blah blah. But no one believes him. The entire north-African coast knows Fethi preferred to skid than lose to a Yid. 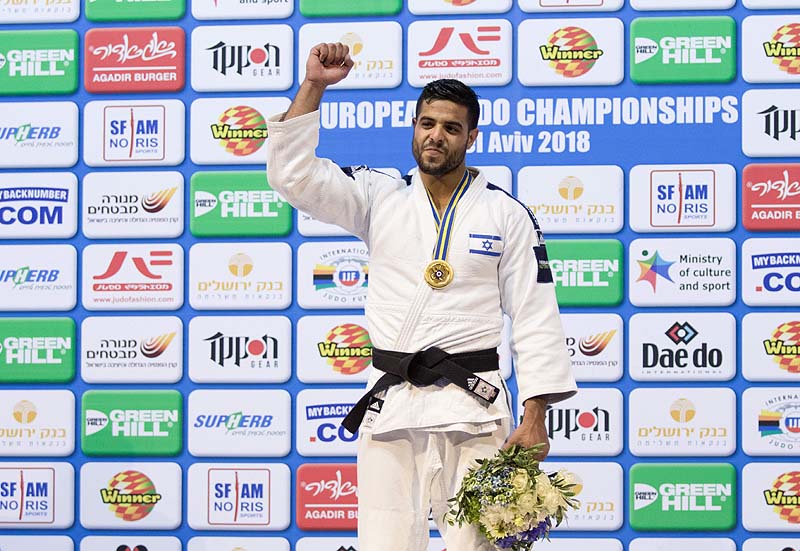