Rami Levy Hashikma Marketing, the third largest Israeli retail supermarket chain in Israel, is building the first Israeli-Palestinian shopping mall in the history of the Middle East, in the Arab town of Al-Ram, just 300 yards from The Faisal Husseini soccer stadium in Ramallah, and a very short distance from the separation wall. Millionaire businessman Rami Levy is looking to construct 215 thousand sq. ft. where dozens of Jewish and Arab outlets will forge the only permanent kind of peace — the prosperity kind.

“All the big box chains will be here,” Levy told Walla. He notes the Arab electronics import chain A. Sbitany & Sons, which, before the intifada, used to be a gadgets Mecca for both Jews and Arabs.


The location is near the northernmost area in Jerusalem, the declining industrial park in the Atarot neighborhood. Is anyone going to risk life and limb to shop in a mall that, as of today, is in the middle of nowhere? Rami Levy says he is no stranger to operating in the middle of nowhere — and now he owns a chain of 27 discount supermarkets in Central and Northern Israel, with more than 5,000 employees. The chain also distributes wholesale to 450 stores in and around Jerusalem, and his company, Hashikma Marketing, has branched into retail clothing, real estate, and cellular communications, with 20 Rami Levy Communications stores selling discount cell phone services.

The nearby neighborhoods of Beit Hanina and Shawafat have been a source of terrorism and rioting this year. But Levy believes this, too, shall pass. He believes the area residents — about 80 thousand Jews and 120 thousand Arabs, are much more interested in getting a deal than in engaging in violence. The security constraints just don’t seem to bother him — he plans to offer the best merchandise at attractive prices, and people will come, from both Jerusalem and Ramallah.

“The whole world will come to see our coexistence here,” he promises. And he’s putting his money where his mouth is — an estimated $50 million for the whole project. 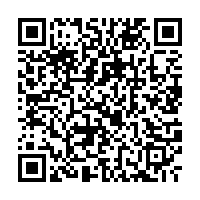