A seven year old Syrian boy was rush to Ziv hospital in Tsfat (Safed) on Friday, according to an 0404 report.

The boy had shrapnel wounds to his chest.

Ziv hospital has treated 404 Syrians since the start of the Syrian civil war, 17 are still in the hospital.

A 15 year old Syrian boy was taken to the Galil Hospital in Nahariya on Saturday morning.

He also had serious chest wounds. 417 Syrians have been treated in the Galil Hospital. 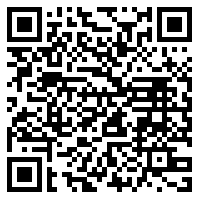