Hanza Majaamsa, from the village of Yafia in the Galil (also known as Yafa an-Naseriyye or Joffa of the Galilee) returned to Israel after running away from ISIS.

Majaamsa disappeared 3 weeks ago to go fight for ISIS in Syria.


Apparently, the taste of violence was too much for him, and he decided to escape from ISIS. He escaped back through Turkey, where he was promptly arrested by Turkish authorities.

He returned to Israel on Friday, escorted by his father.

Magaamsa is now under interrogation by Israeli security services.

Three weeks ago, Magaamsa left to Turkey with three friends, telling their families they were going to vacation in Turkey. Three of them made contact with ISIS and joined up. The fourth returned to Israel to tell their families were they went.

Joining ISIS seems to be a romantic vision for some Israeli-Arabs.

There are around 17,000 residents in village of Yafia. Two-thirds are Muslim, one-third are Christian. Yafiaa is first mentioned in the Bible in the Book of Joshua, and was once a Jewish city. 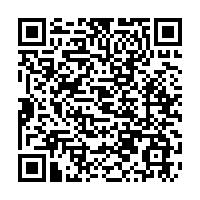