Moody’s Investors Service affirmed the Israeli government’s A1 debt rating Thursday and credited Israel’s stable economy, while in the United States, an economist claims that the national debt is a staggering $70 trillion, 3.5 times the admitted amount.

Moody’s said it is upholding Israel’s current rating because of the resilience of the economy, expectation of a lower debt and favorable diplomacy with, particularly with the United States.


“Growth in the small, open economy has been sustained even with shrinking demand from Europe, a key trading partner,” according to Moody’s. It cited Israel as being a haven for entrepreneurs and a leader in the high-tech industry.

Another strong factor in Israel’s favor is the export of natural gas, which will help reduce the national debt, reduce taxes and create jobs.

On the negative side is “Iran’s nuclear program being the largest threat to Israeli territorial security,” Moody’s added. “However, a certain status quo has been achieved by maintaining a strong military deterrent, close ties with the US and friendly relations between the Israeli, Egyptian and Jordanian armies, It also credited the resumed talks with “helping to reduce Israel’s international diplomatic isolation.”

Coincidentally, IBM announced on Thursday it is buying up the Israeli Trusteer data security company for an estimated $750 million. Previously this year, foreign companies have purchased several Israeli firms for a total of more than $3 billion.

Israel not only has been the eye in the center of the Middle East hurricane that has swept through Arab countries but also has one of the strongest and most stable economies in the Western world.

In the United States, a poll released Thursday by Gallup shows that President Barack Obama’s economy rating is at an all-time low of 35 percent, reflecting large scale unemployment that is not reported because so many Americans have given up looking for work.

In addition, Fox News reported that University of California at San Diego Prof. James Hamilton estimates that the U.S. national debt is $70 trillion, 3.5 times the official debt of $16.9

That works out to approximately $175,000, plus change, for every man, woman and child. And that does not include a tip for the president.

“Hamilton believes the government is miscalculating what it owes by leaving out certain unfunded liabilities that include government loan guarantees, deposit insurance, and actions taken by the Federal Reserve as well as the cost of other government trust funds,” Fox reported. “Factoring in those figures brings the total amount the government owes to a staggering $70 trillion.”

Hamilton is not the first economist to estimate the debt to be so high, but the government prefers its own figures, for obvious reasons.

Eventually, say economists, the Treasury’s printing presses will be working overtime, leading to high inflation and interest rates, a double-whammy that can cause “stag-flation,” a recession with inflation.

The conclusion is that it would be wise to book early for a one-way ticket to Israel. 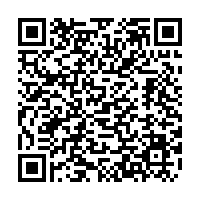