An IDF tank driver lost his life early Saturday and three tank soldiers were injured while in the tank and on their way to the scene of suspicious activity on Israel’s border with Sinai.

According to the IDF, information was received on an attempt to smuggle weapons across the border from Egypt – an attempt that was foiled – but shortly thereafter the smugglers were reported to be making another attempt elsewhere along the border, this time for a terror attack.


The tank, a Merkava, headed to the scene but took a route that included a steep incline at the Nitzana Riverbed.

As the tank rolled down the incline, it reportedly began to slip down and then fell — and a shell being carried within the tank exploded.

A hospital official said in a statement at Soroka Medical Center in Be’er Sheva: “Three soldiers who were injured are hospitalized, after a tank overturned during the early morning hours. “Two of them are unconscious and breathing with assistance in the intensive care unit. Their condition is very serious; they suffered third-degree burns in various areas of their bodies. An additional soldier is being treated by the department for plastic surgery; he is in good condition.”

An investigation into the incident is underway, the IDF said. “The IDF shares the grief of the deceased soldier’s family and will continue to assist them as well as the families of the soldiers who were injured,” said an IDF spokesperson. 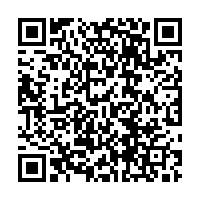