Arabic-language social and news media reported a “strong flash” with an explosion due to an alleged Israeli attack at the second-largest Iranian weapons depots in Syria late Saturday night, more than 12 hours after a U.S.-led attack destroyed three chemical weapons facilities in Syria.

The rumors and reports that are unconfirmed at this point include:

A weapons warehouse in Iran’s second largest base has blown up.

The base is located in Mount Azzun, south of Aleppo, Syria.

The base is used for manufacturing missiles.

There are reports of large numbers of wounded.

There are conflicting reports about whether the explosion was internal, or due to an attack.

There are conflicting reports about whether Israeli war planes were involved.

There are conflicting reports about whether senior Iranian and/or Hezbollah officers died.

A brief video of what is reported to be the explosion follows, courtesy of Majd Khalaf, a volunteer with the Syrian Civil Defense organization, also known as the White Helmets.

As of 2:00 AM IST, it appears that an Iranian weapons depot in Syria might have blown up, and everything else, from the cause of the explosion to the number of dead, is speculation.

In a few hours, we’ll know more, more accurately, about what — if anything — happened. 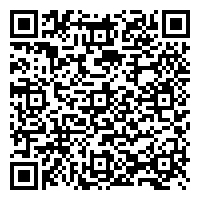