The Iranian-backed Palestinian Islamic Jihad terrorist organization lost four of its operatives in a “work accident” that took place this weekend along the Gaza border with Israel.

The group said the four were killed during “preparations” in an accidental explosion, according to Arab affairs journalist Khaled Abu Toameh.

Israel’s Galei Tzahal Army Radio reported, however, that the operatives were killed while riding with explosives in an ATV (all terrain vehicle), making it likely they were blown up in a “work accident.”

But the number of rioters is dropping by the thousands: the first “demonstration” attracted 30,000 rioters, and last week’s event brought out 20,000. This past Friday, only 10,000 made it out to the fence, even with Hamas promising to pay who attend. 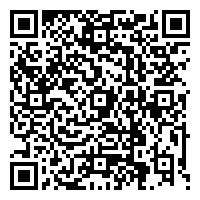