IDF soldiers and the Shin Bet, Border Police and Israel Police overnight Thursday arrested eight wanted persons suspected of involvement in terrorist activities and violent disturbances of the peace against civilians and security forces in Judea and Samaria.

The IDF Spokesperson stated that the suspects were transferred to security forces for questioning.

Also, during searched conducted by the IDF in the areas under control of the Shomron and Binyamin regional brigades, the soldiers seized terrorist funds worth about NIS 100,000 ($27,000). The search was part of the campaign to stop funds which are used for terrorism.

Ma’an, which also reported the raids, noted that only NIS 10,000 were seized. 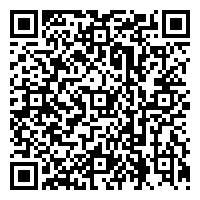