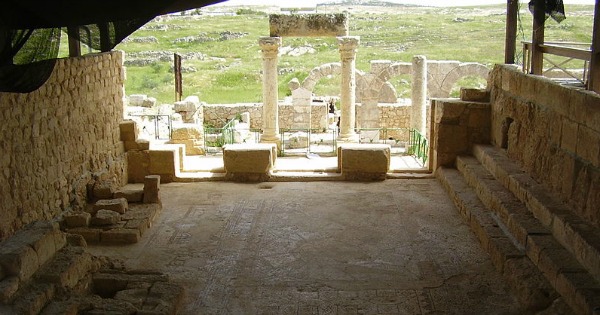 Arab arsonists on Wednesday night set fire to the ancient archaeological site of Susya (Susiya), almost ruining the famed synagogue at the site.

The incident occurred as Israel marked the day of mourning of Tisha B’Av, on which the destruction of the two Temples is commemorated.

Shortly after midnight, four firefighter crews were alerted to the site to extinguish a large blaze that broke out following the arson.

The fire quickly approached the old synagogue and there was a great fear of it being damaged, but the firefighters were successful in saving it.

The fire consumed a large area of antiquities park and it is yet unclear if damage was caused to finds dispersed throughout the important archaeological site.

The Susya heritage site contains rare finds, and according to many archaeologists, the quality of the finds discovered at the synagogue is unique on a national scale.

After the destruction of the Second Temple in 70 CE and after the failure of the Bar Kochba revolt in 135 CE, many Jews fled to the Galilee and southern Judea.

In Susya in Judea, a large Jewish community settled and preserved the memory of Jerusalem in the customs of purity, and the many mikvahs (ritual baths) found at the site testify to this.

In addition, mosaic inscriptions were found in Hebrew, the synagogue was built with features from the Temple, and a three-dimensional seven-branched Menorah was found there.

Some of the finds from the site are on display at the Israel Museum.

A small part of the site was excavated, and in recent years, coins, jewelry, and other finds that are over a thousand years old were also uncovered.

Nadav Avrahamov, director of the Susya site, warned that “in the last two years, attempts by Arabs to damage the site have increased, including demonstrations, spray-painting vandalism, arson, and theft.”

“The Susya site is in a development momentum and there are probably some who are bothered by this,” he added.

Yochai Damri, head of the Mount Hebron Regional Council, stated that “on Tisha B’Av, 1950 years ago, the Roman enemy set fire to the Temple. The Jewish community dispersed everywhere, including to the Mount Hebron area. This morning on Tisha B’Av, a new-old enemy continued to brutally seize the weapon of fire and ignited the Susya National Heritage Site to hurt the Jews again and erase our long-standing historical connection as a people to this country.”

“But today we remember very well what we are mourning for, who are the bad, who are the good, and who this country belongs to,” he added.

“We will continue with all our strength to build, to grow, and to hold on to the land of our ancestors,” he vowed. 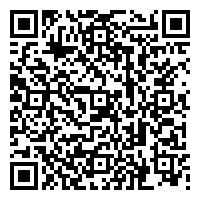