The victim from the terror attack in Ariel on Monday afternoon has been identified as 29-year-old Itamar Ben-Gal, from Har Bracha in the Shomron.

Ben-Gal was a father of four and worked as an educator in the Bnei Akiva Yeshiva in Givat Shmuel. He also taught in the Har Bracha Yeshiva.


The terrorist approached Ben-Gal at a bus stop and stabbed him in the chest. Emergency services tried to save him, but he was already in critical condition and died soon after.

The terrorist ran from the scene, and an IDF officer seeing him running with the knives, drove his car into the terrorist twice, but each time the terrorist got up and continued running.

The terrorist escaped into the nearby Arab village of Kifl Harith, where security forces are currently hunting him down. 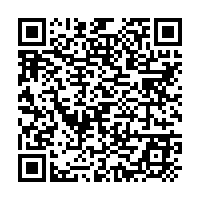