A Jewish driver was sent to the hospital on Thursday – Holocaust Martyrs’ and Heroes’ Remembrance Day – due to injuries he received in a terrorist attack while driving through the village of Huwara, in Samaria.

“We were stuck in a traffic jam,” the passenger said, “and our window was smashed with a brick. [The terrorist] pulled out a knife. The soldiers shot in the air and he ran away.

“I didn’t see him, the soldiers saw him,” the passenger emphasized. “They shot in the air and he ran away.”

In the past seven days (April 25 – May 2), there were 34 stoning attacks, 15 firebombings, two shooting attacks and one arson attack on a home, according to the Boomerang Weekly Terror Report. 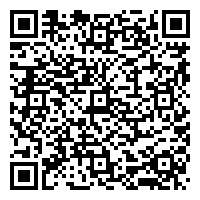