FIREBOMBING ATTACK
21:15 – Terrorists hurled a flaming Molotov cocktail from a passing vehicle as it passed an IDF outpost located behind the Jewish community of Ofra in Samaria. No physical injuries reported.

18:46 – Explosive balloons and explosive charges heard being thrown at the security fence along the Gaza border

INCENDIARY BALLOON ATTACK
17:44 – An incendiary balloon attack launched from Gaza towards Israeli territory, with a balloon attached to a flaming Molotov cocktail, set an agricultural field aflame in the Eshkol Regional Council district.

GAZA BORDER INFILTRATION BY TERRORISTS
17:41 – IDF soldiers spotted several Gaza terrorists infiltrating through the perimeter fence from southern Gaza. One of the infiltrators set fire to an unmanned military post at the fence.

STONING ATTACKS
16:37 – Vehicle came under a hail of rocks on the Gush Etzion highway between Hebron and Mivtari Halhul, no physical injuries reported

16:20 – Israeli public bus came under a hail of rocks on the Jerusalem – Gush Etzion Highway, between Har Homa and Al Khader, no physical injuries reported

15:29 – Israeli public bus came under a hail of rocks on Route 465 near the village of Dir Niz’am, vehicle damaged, no physical injuries reported

12:49 – Israeli public bus came under a hail of rocks on the Gush Etzion – Hebron Highway, south of Carmei Tzur, no physical injuries reported

07:30 – Israeli public school bus and several vehicles came under a hail of rocks near the Arab village of Tuqu’a, in eastern Gush Etzion. The windshields of two vehicles were smashed, in addition to the school bus. 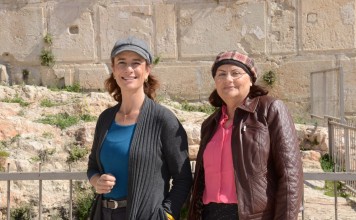