Responding to the most outrageous failure of the security apparatus in a long time, Prime Minister and Defense Minister Benjamin Netanyahu announced on Monday: “We are learning all of the lessons and I do not wish to delve into the operational investigation I just heard.”

Prime Minister and Defense Minister Benjamin Netanyahu on Monday toured the site of Sunday’s terrorist attack at Ariel junction. In case no one told him the truth about that humiliating disaster, we’d like to help.

Here is the list of deficiencies that combined on Sunday to facilitate a humiliating terror attack which could have turned into a massacre of innocent Israelis – if not for the swift response of Rabbi Achiad Ettinger HY’D, the only Israeli on the scene who actually did something to stop the murderer.

According to reports, the original failure had to do with the fact that the terrorist hid in an illegal Arab store for building materials near the Ariel intersection, and from there went the attack. According to Regavim, this store is part of an illegal complex of Arab shops and businesses that has gradually developed in recent years around Ariel junction, without serious enforcement measures by law enforcement authorities.

For all intents and purposes, the compound has become an extra-territorial zone, beyond law and order. The Civil Administration issued demolition orders for those buildings, but in practice did not enforce the law and did not actually implement it.

According to a government press release, the PM / DM was briefed by GOC Central Command Maj.-Gen. Nadav Padan – did he mention that inconvenient truth? Nadav Padan was as responsible as anyone for the fact that the terrorist enjoyed safe shelter as he was getting ready to kill Jews.

But there’s so much more blame to spread around, with most of it landing at the feet of the PM / DM:

Fact: the murdered soldier, Staff Sergeant Gal Kaidan HY’D was taken by surprise by the terrorist, who stabbed him at the intersection, grabbed his rifle and murdered him. Someone at the IDF forgot to instruct young soldiers about being on alert while in Judea and Samaria.

Fact: another soldier, also armed with a rifle, did nothing to stop the assailant. He just stood there, shocked. A trained soldier would have shot.

Fact: the only person who reacted to the attack was the late Rabbi Ettinger, who gave his life to slow down the attacker. This is a constant in Israel’s reality over the past four years: while IDF soldiers either freeze in shock or run away, Israeli civilians keep their wits about them and shoot to kill.

The most outrageous statement Netanyahu made Monday morning, as he was attempting to comfort the families of the dead, was this: “We know where he lives and have located his family. This morning I gave the orders to start the demolition of his home and the preparations have begun.”

Israelis don’t want you to respond to these murderous attacks by sending the proper professionals to measure the killers’ home for demolition. Israelis want you to create a situation everywhere in Israel where a terrorist is unable to act. It takes courage, it takes the willingness to restrict the movement of potential murderers – no matter the world’s criticism – and above all it takes changing your narcissistic engagement in your own bad treatment at the hand of your prosecutors to focusing on doing absolutely everything to rehabilitate our army.

Because at the moment, Mr. Prime Minister, as retired Commissioner for Soldiers’ Complaints, Maj. Gen. (Res.) Yitzhak Brick has been warning you and your officers, our army is badly trained ill prepared, God help us. 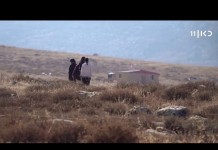 And Now for Something Completely Different: Meet the Hilltop Girls 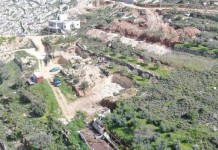 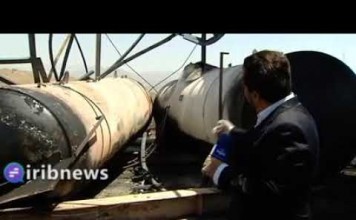