Palestinian Authority Arabs clashed with Israeli soldiers as a group of Jews made a pilgrimage to Kever Yosef (Joseph’s Tomb) in Shechem (Nablus) on Tuesday night.

The tomb is the burial site of Joseph, the Biblical son of the Patriarch Jacob.

The Israel Defense Forces said soldiers used riot dispersal means to break up the clash. The IDF said that terrorists shot at the soldiers who returned fire. No soldiers were injured.

The Lion’s Den, an Arab terror group based in Shechem claimed responsibility for firing on the Israelis.

Shechem is under the administrative and security jurisdiction of the Palestinian Authority. Once a month, Jews are allowed to visit the Jewish holy site to pray under heavy security provided by Israeli forces. For security reasons, the visits always take place at night.

In addition, rumors spread in Jenin that National Security Minister Itamar Ben-Gvir was going to be among the Jewish visitors last night.

PA terrorists frequently set up barricades in Shechem and attack Jews visiting the holy site with gunfire, firebombs and stones.

The visit comes amidst regular IDF counterterror operations in Judea and Samaria.

Also on Tuesday night, Israeli forces arrested seven terrorists and seized illegal guns in the village of ‘Arrana, near Jenin.

In an ongoing sweep against terror in Judea and Samaria, the IDF has thwarted 500 terror attacks and arrested more than 2,500 suspects. Operation Wave Breaker was launched by the IDF following a surge of terror attacks in the spring of 2022 which killed 19 people. Overall, 31 people were killed in Arab terror attacks in 2022. 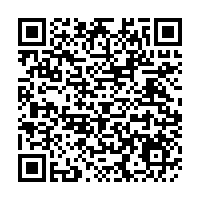