Moshe Agadi, 58, father of four, will be laid to rest Sunday at 4 PM in his city Ashkelon.

More than 430 rockets were fired at Israeli towns since 9:58 AM Saturday. Eighty wounded, some of them seriously, have been evacuated.

Alegria Ben Akan, 80, who was also hit by a rocket in Ashkelon, sustaining serious injuries from a shrapnel in her face. She underwent a successful operation at Barzilai Hospital.

Nevertheless, Israel approved the transport of fuel into the Gaza Strip through the Erez crossing, as part of the decision not to push Gaza into an even more difficult humanitarian situation.

Moshe Agadi’s brother, Shmulik, told Rshet Bet radio: “Moshe went out to smoke a cigarette between barrages, and didn’t have time to return to the protected area. They tried to resuscitate him but on the way to the hospital they lost him.”

“We always make sure to enter the bomb shelter and be careful, but this time it caught him outside,” Agadi said. He added that his brother had left behind “four children – the youngest girl is 13, she is still in shock, she apparently still cannot digest this.”

Moti Gamliel, Agadi’s neighbor, told Reshet Bet: “He lives 100 yards from us. When we heard the sirens all night, we went straight to the stairwell. We don’t have a safe room in our apartment.”

The neighbor added: “It can’t go on like this, every two years an attack, and then whenever they want a ceasefire they get one. We didn’t vote for Bibi for this to happen.”

According to the IDF, as of 8 AM, about 200 Hamas and Islamic Jihad targets of were attacked in the Gaza Strip and that air force attacks continue. The Iron Dome systems intercepted more than 100 launches that were fired at Israel. 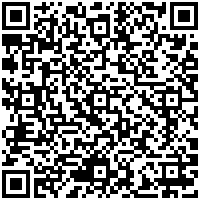