Israel’s Shin Bet intelligence agency has thwarted a planned bus bombing attack in southern Israel. The revelation comes just a day after a deadly double bombing carried out at two major bus stops in Jerusalem, with a third one foiled.


Another Jerusalem Bombing was Foiled on Tuesday

Shin Bet agents arrested 31-year-old Fathi Ziyad Zakot on October 30 and seized the bomb he planned to use on a bus in the south of the country. Zakot, a resident of the southern Gaza city of Rafah, had an Israeli work permit.

“A serious indictment was filed against him this morning,” the Shin Bet announced.

The agency’s investigation revealed Zakot was recruited by the Palestinian Islamic Jihad terrorist organization to carry out an attack on a bus line in the southern region of Israel.

Zakot also posted extremist material on social media, according to the agency.

The terrorist underwent ‘kashrut’ and explosives training by an explosives expert in Gaza. Upon his entry into Israel he began collecting materials to be used in assembly an explosive device, which the Shin Bet seized at the time of Zakot’s arrest.

Zakot was indicted by the Southern District Attorney’s Office on charges of offenses against state security; weapons offenses that included possession and carrying of weapons; active membership in a terrorist organization; training or instruction for terrorist purposes; preparation for committing an act of terrorism (murder), providing service to an unauthorized association and contact with a foreign agent.

“Israel will not allow attempts to exploit civilians by the terrorist organizations in the Gaza Strip to promote terrorist attacks and will deal with these attempts severely, while seeing Hamas as the responsible party,” the Shin Bet said in a statement.

It was decided by the intelligence agency together with the Coordinator of Government Operations in the Territories (COGAT) to deny entry permits to Israel to approximately 200 Gaza residents with family ties to terrorist elements following Zakot’s arrest.

“Following this, the security forces will consider additional measures to minimize the possibility of using a civilian intermediary to carry out a terrorist act,” the agency said.

Gaza terror groups are investing a lot of effort in establishing terrorist infrastructures that “undermine regional stability, including taking advantage of work permits issued by the State of Israel for the purpose of promoting military activity,” the Shin Bet added.

“Israel will not allow attempts by Hamas and other Gaza terrorist organizations to exploit civilians to promote terrorism, and will deal with these attempts harshly, while seeing Hamas as the responsible party.” 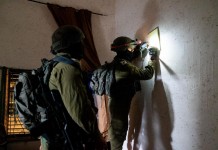 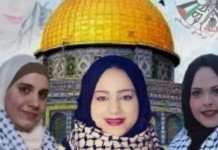 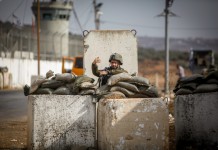 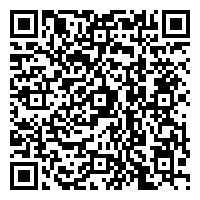