In recent days, the Azerbaijani people in Tabriz and other South Azerbaijani cities in Iran have been chanting “freedom, justice, and national government.” They also chanted “freedom to women,” and “freedom to all nations.” And these voices are only getting stronger in the wake of the brutal killing of Hadis Najafi, an ethnic Azerbaijani Turk who became a symbol of the anti-government protesters after she was shot and killed last September in Karaj while protesting the brutal murder of Mahsa Amini, a young Kurdish woman, by the Iranian Morality Police.

Ahmad Obali, the director of the Azerbaijani language Gunaz TV in Chicago, explained: “Iran is a multi-ethnic country, just like the Soviet Union before the fall. There are all of these ethnic groups in their historic regions, like the Balochis, Azerbaijanis, Lurs, Turkmen, Kurds, and Ahwaz. All these ethnic groups, and the Persians, too, share one common goal: to rid themselves of the oppressive Islamic Republic. We all want this regime to go away.”


“When it comes to the alternative to the current regime, all the ethnic groups want some kind of self-government. 60% of Iran is made up of ethnic minorities, some of them want federalism, others want complete independence,” Obali continued. “Our activists want an independent South Azerbaijan because we will do much better once we are independent. We can move toward a union with North Azerbaijan, join the Council of Europe (a human rights group established in 1946 that includes most European nations), and embrace Western values. We think that once we are independent, we’ll contribute to the peace and stability of the region by Iran getting weaker, more isolated, and unable to use 35% of its population––the Azerbaijanis––to destabilize the region.”

“In the past thirty years, especially after the independence of North Azerbaijan, it has become clear that we have true friends that have stuck by Azerbaijan,” he noted. “It includes not only Turkey who is like a brother to us but also Israel, who is a strategic friend for centuries to come. We are the most tolerant nation in the area. Since we want a secular system, it will give us a better chance to root for a Western style of governance, freedom, and democracy. This is the core of our future government.”

“The best and most important part is to ensure gender equality like our ancestors did before us,” he added. “In 1918, we were the first to award equal rights to women, even before the Europeans. In 1945, when we enjoyed short-lived independence, we gave equal rights to women. We want women to be equal to men and free, and we want a government that ensures that these rights will never be taken away.”

The South Azerbaijanis have a compelling case for independence. In the mid-1940s, under the leadership of Communist President Ja’far Pishevari, the South Azerbaijanis enjoyed a brief period of independence, where democratic governance flourished after removing the Shah’s tyranny. They accomplished more in that one year than the Iranian government had done in the previous twenty years: Pishevari’s government paved roads, inaugurated the State University of Tabriz, and established many secondary schools, a national theater, a national philharmonic, and numerous libraries. South Azerbaijanis today look back yearningly at the year 1945 and want to see their nation be free again.

By all accounts, South Azerbaijanis are not the same as Persians. They don’t speak the same language and don’t share the same history or culture. Their country was not supposed to be part of Iran. Following the First World War, the people of South and North Azerbaijan demanded independence. In 1920, Sheikh Mohammed Khiyabani, a Shia cleric, together with the Azerbaijan Democratic Party, rebelled against the central government in Tehran but were brutally suppressed and Khiyabani, a gifted orator and a democratic idealist, was killed.

Prominent Middle East scholar Dr. Mordechai Kedar believes “every country in the world that supports freedom should support South Azerbaijani independence. The Azeris were occupied by the Persians and forced into the Iranian Empire but kept their national identity, language, culture, food, and every other aspect of nationhood. Just like their brethren in the north that were liberated from the Soviets, these Azerbaijanis should also be liberated from the Iranian yoke. They have been under Persian occupation for too long.”

“Iran will be fragmented,” Dr. Kedar predicts. “It is only a matter of time – and casualties, unfortunately.” 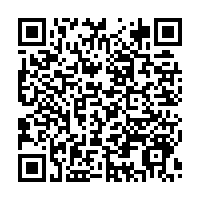