At approximately 9:45 AM on Sunday, reports came in of a shooting at Tzomet Ariel (Ariel Junction) and then shortly after, at the Gitai Avisar junction near Ariel in the Shomron (Samaria).

The terrorist, who appears to have arrived on foot from a store at the Ariel junction (9:44 AM), approached a soldier at the Ariel Junction, stabbed him and grabbed the wounded soldier’s weapon. The soldier, who was killed in the attack, has been identified as 1st Sergeant Gal Keidan (19) from Be’er Sheva.

A second person was shot and wounded at the Ariel Junction. That person has been identified as Rabbi Achiad Ettinger (47), father of 12 (ages 1 to 20), from the town of Eli.

According to a report in HaKol HaYehudi, Ettinger managed to get off a few shots off at the terrorist before getting hit himself. Bullet shells from his gun were found in his car.

The terrorist then stole one of the cars to escape and continue his attack.

He then headed westward in the car on Highway 5.

As the terrorist drove past the Gitai Avisar junction (9:47 AM), the terrorist opened fire at a bus stop, shooting another soldier.

The terrorists then drove and possibly opened fired at the Bruchin junction (9:49 AM). He abandoned the stolen car nearby on Road 446. 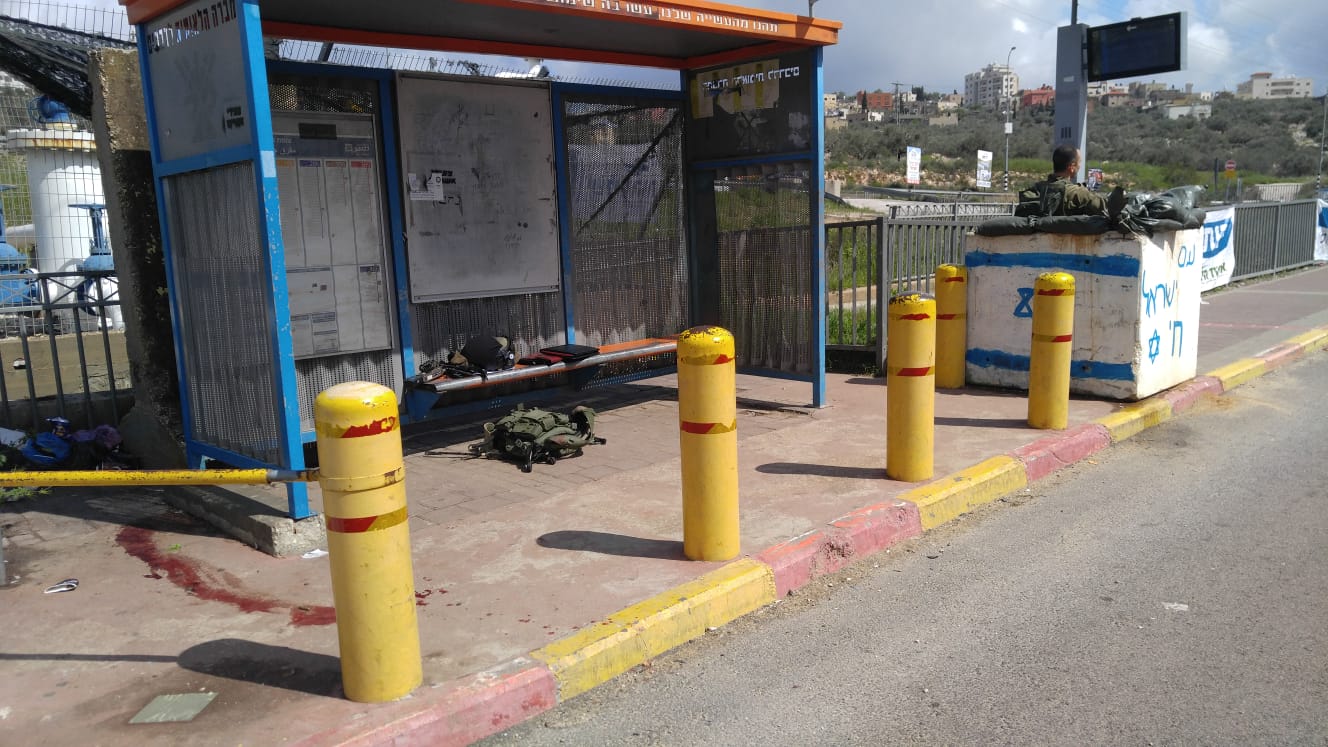 10:35 AM One person reported dead at one of the terror attack locations.

Medics at the scene treated two very seriously wounded people before rushing them to Beilinson Medical Center in Petach Tikvah, according to the Magen David Adom (MDA) emergency medical service.

One of the victims, a 47-year-old man, was sedated and intubated; the second was a 20-year-old man who was unconscious.

A third man was critically wounded and still being stabilized by medics at the scene.

MDA Paramedic Daniel Weissberg recalls: “Upon arriving to the Ariel Junction, a 46 [47] year-old male patient was brought to us. He was suffering from gun shot wounds to his upper body and was unresponsive. We provided life saving treatment including sedation and ventilation and transported him in stable yet severe condition to the hospital.”

IDF and police have set up roadblocks throughout the area as they search for the terrorist. Helicopters are in the air.

10:29 AM: There are reports of gunfire near the Arab village of Brukin.

10:53 AM Reports of possible shooting/exchange of fire near Peduel junction.

Prayers can be said for Achiad Ehud ben Carmit. 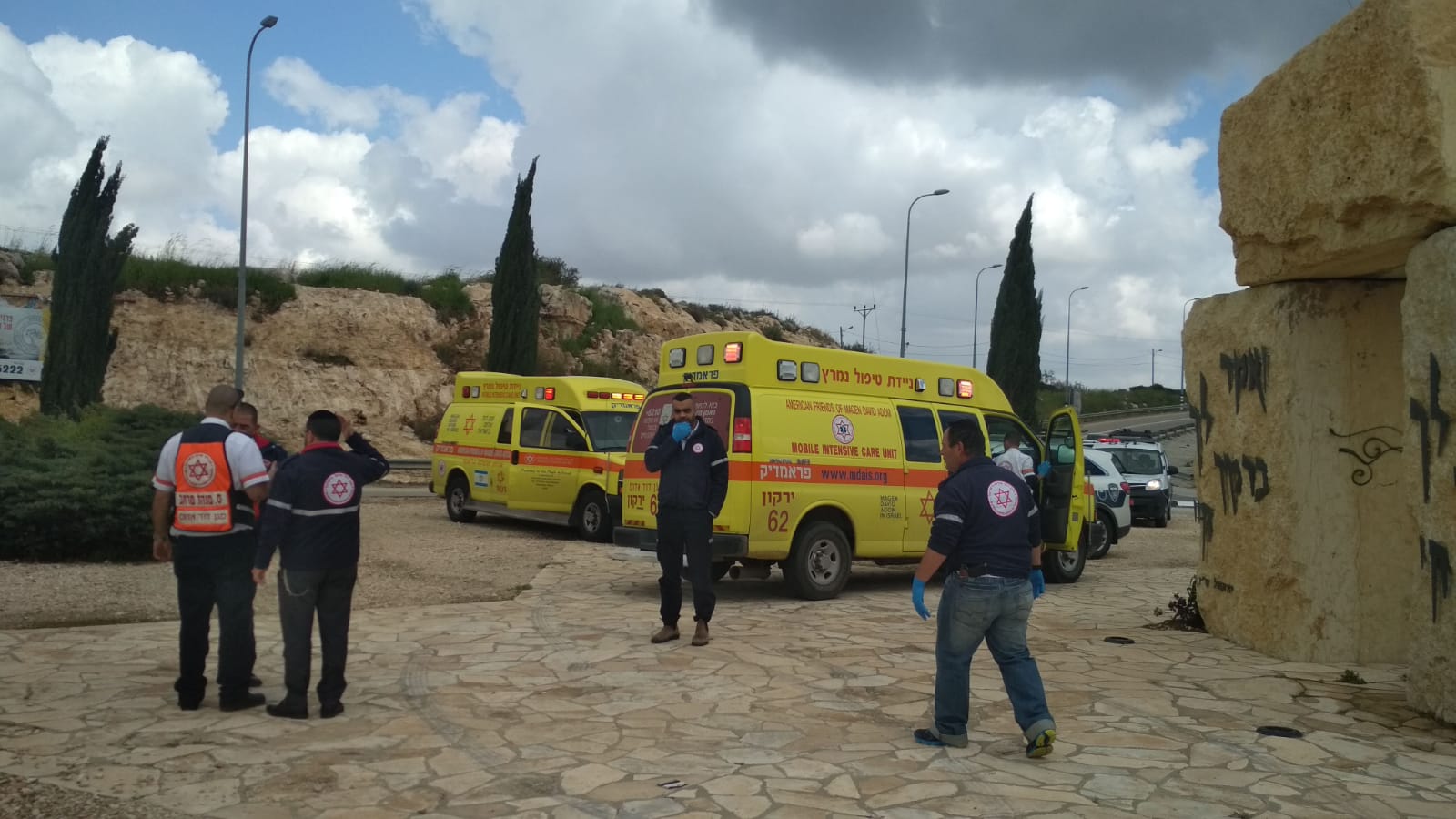 Prime Minister Benjamin Netanyahu expressed his confidence in the ability of the IDF to capture the terrorists in his remarks at the opening of the weekly cabinet meeting. “We are in the midst of pursuing the terrorists in two locations in the Ariel area,” Netanyahu said. “I am strengthening the hands of IDF soldiers, the Shin Bet and the security forces chasing the terrorists. I’m sure they’ll catch them and take the same judgment as we did in all the last cases. ”

Just over a year ago, Itamar Ben Gal, a young Israeli father of four, was murdered by a Palestinian Authority terrorist at the same site as he waited for a ride at the hitchhiking post.

This is an ongoing report.