An IDF fighter was killed Monday night by friendly gunfire near Tulkarm in the area covered by ​​the Menashe regional division. A preliminary investigation revealed that a fighter shot his friend who was standing with him in a post. The fighter left the post, and when he returned, his friend accidentally shot him.

The incident happened in the area of ​​the seam line area of ​​Tulkarm. At this stage, it is clear this was not terrorist activity. The post included a pair of combatants, the soldier who fired, and the soldier who was hit. The IDF has begun an investigation.


Soldiers in nearby posts heard a shot and reported it believing it was a hostile fire. Only after an investigation did they realize that this was not a terrorist incident and informed the other forces that were sent in, along with the Shin Bet.

The Central Command Commander visited the scene of the incident Monday night, and IDF Chief of Staff Kochavi arrived at the scene in the morning. The IDF spokesman reported Tuesday that the victim of the friendly fire was First Sergeant Natan Fitusi. He was given the rank of First Sergeant posthumously.

The most recent version of the event from the IDF Spokesperson is: “The fighter who was shot informed his friend that he was leaving the guard post for a few minutes. His friend shot him after employing the suspicious person’s arrest protocol, including shooting into the air and at the legs. The shooting soldier was interrogated by the division commander and the Central Commander Chief.”

The spokesperson concluded: “We will take care of him and try to understand what went on in his head and why this error was made.”

According to Kippa, Fitosi left the post to pray.

It has been cleared to report that an Israeli was wounded. 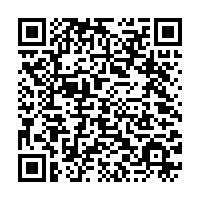