On the night of Between April 23-24, 2018, Border Police and IDF forces carried out the demolition of the Jenin home of terrorist Muhammad Kuna’a, who on January 9, 2018 murdered Rabbi Raziel Shevach near Havat Gilad in Samaria. During the demolition, an unknown person fired at the forces, lightly injuring a female Border Police officer who was evacuated to Ha’Emek Hospital in Afula for medical treatment.

Since the incident, the Shin Bet carried out both intelligence gathering and physical operations that resulted, on May 5, 2018, in the to arrest of two Arab residents of Jenin on suspicion of shooting the Israeli officer.

Now it has been cleared for publication that all the suspects involved in the event have been arrested, including a third and central suspect, who possessed a M-16 rifle in his home.

The suspect, Tawar Jaradat, 30, a resident of Ya’bad, and his weapon, were transferred for continued interrogation by the security forces.

Closing this circle, more than five months after the shooting incident, serves as the most convincing proof that the defense establishment never end its efforts to arrest those who endangered the lives of Israeli fighters, whether by shooting at them or by other actions.

The defense establishment wishes to share this message with the public at large as well as with those who perpetrated or plan to carry out terrorist activities – you won’t remain at large for long.

This message was directed especially at the terrorist who managed to escape from the scene of the crime in the Barkan industrial park this month, having murdered two Israeli civilians. He won’t remain on the lam for long. 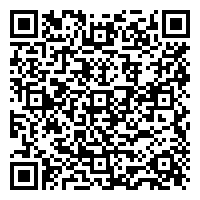