Incident #1:  Police Arrest 2 Suspects in Assault of IDF Soldier on Maneuver in Galilee.

Police have arrested two Arab suspects who are believed to have attacked an IDF soldier from an elite unit who was on a navigating exercise in the north of the country last Wednesday night.


During a night military training exercise in the Galilee region, near the Arab town of Shfaram, an IDF fighter was attacked by a number of suspects. A violent confrontation developed between the soldier and the attacking suspects. During the assault, the suspects snatched the soldier’s weapon and fled the scene.

The soldier, who was alone during the navigation, struggled with the suspects and as a result, was lightly injured in his face. He was treated on the spot.

The police stated that the two suspects, aged 25, residents of the village of Ivtin, were arrested while hiding out in an apartment near the village of Zabidat. They were found with ammunition in their possession.

The two will be brought to the Magistrate’s Court in Nazareth on Monday for a hearing on the police’s request to extend their detention.

A female terrorist armed with a knife entered a home at the Sde Efraim farm in Benyamin and tried to stab the family but was physically overpowered and neutralized by the residents. This is the second attack in Sde Efraim in around month.

There were no casualties in the incident and the terrorist was subdued without the use of firearms.

The incident is being handled by IDF forces. Representatives of the Benyamin Regional Council’s security department were also at the scene.

The terrorist, said to be in her 30s, was arrested.

IDF forces on an operation to arrest a wanted suspect in the Palestinian Authority controlled city of Tubas on Sunday night were attacked by a knife-wielding terrorist and killed him.

The IDF stated that during an operation for the arrest of a wanted person in Tubas, in Samaria, a terrorist tried to stab one of the troops who was operating in the area.

During the stabbing attempt, the soldier was lightly wounded in the hand and was treated on the spot.

The wanted suspect was arrested. 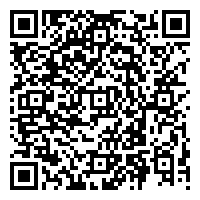