Batya Lebel was stabbed 14 times and seriously wounded by an Arab terrorist in Kfar Saba during Yom Hazikaron, Israel’s Memorial Day, in April.

The terrorist was shot and seriously wounded.


However, the IDF has stated that it will not demolish the terrorist’s home because such an action is “not in line with the High Court’s policy.”

The Office of the IDF’s Commander of the Central Command stated that “after examining the incident and accepting the position of the security officials, it was determined that the demolition of the house of the terrorist who carried out the attack that injured Batya Lebel is inconsistent with the current policy with regard to the demolition of terrorist homes, which was formulated, among other things, with an emphasis in the Supreme Court ruling.”

The IDF demolishes the homes of terrorists as a deterrent against future potential terrorists. However, in a series of rulings, the High Court has significantly curbed their ability to do so.

Lebel rejected the IDF’s decision, calling it “sad, outrageous and worrying, the State of Israel and all systems must change course – it is a matter of life.”

“The significance of the decision is shocking – the terrorist will receive an award because I stayed alive,” she pointed out.

“It is inconceivable that terrorists who failed in their plot, and the victims miraculously survived, and in my case thanks to the resourcefulness of a passerby who came out to help me, that these terrorists would receive relief and reward,” she added.

“Every terrorist should be treated according to his intentions, the nature, and quality of his actions and behavior, and not according to whether the victim was saved and survived or not,” she said.

Matan Peleg, chairman of the Im Tirzu Zionist movement, stated that “once again we discover how crucial the influence of High Court judges is on the policy of the war on terror, even though these people have no knowledge, experience or even pay attention to the professional opinion of senior defense officials.”

Advocate Haim Bleicher, from the Honenu organization that is representing Lebel, warned that “avoiding deterrence will nourish and spur the lust for murder and bloodshed of the next terrorist predator.”

He demanded that the IDF act against the terrorist’s house.

“If a petition is filed and the High Court judges prevent the terrorist predators from being stopped, their hands will be stained with the blood of the victims, and not the IDF,” he said. 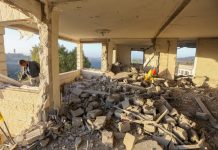 IDF Demolishes Home of Terrorist Who Murdered Israeli in 2014 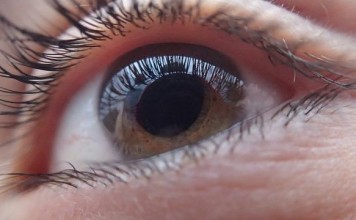 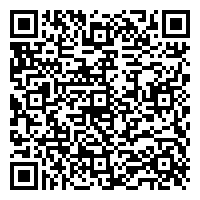