The State of Israel has been ordered to show cause within the next 24 hours as to why Lara Alqasem should be deported in response to a third appeal by the 22-year-old student.

Judge Uzi Vogelman of the High Court of Justice handed down the decision, freezing the deportation order less than an hour before the deadline set by the Tel Aviv District Court.


Alqasem is enrolled to begin classes at The Hebrew University of Jerusalem after having secured a one-year student visa from the Israeli Consulate in Miami.

The student was detained at Ben Gurion International Airport when she arrived on October 2, and was barred from entering the country due to her participation in the Students for Justice in Palestine organization at the University of Florida throughout her undergraduate years, including a term as president of the group, which is virulently anti-Semitic and anti-Israeli.

SJP is considered a student branch of the international Boycott, Divest and Sanctions campaign against Israel. Alqasem has strong support from the leftist community in Israel, as well as from Hebrew University and the university from which she graduated.

Strategic Affairs Minister Gilad Erdan contends that state funds should not be used to permit a student who supports the BDS movement to attend classes in Israel and to make trouble for the Israeli government during her time in the country. 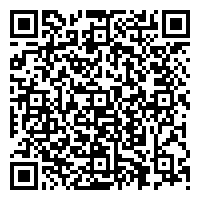