Ari Fuld was murdered on September 16, 2018, just days before Yom Kippur, at age 45. The murder took place outside the Rami Levy supermarket in Gush Etzion, south of Jerusalem. The terrorist came up behind him and stabbed him in the back.


Despite his fatal wounds, Ari managed to chase down the terrorist, and then shot and wounded him before he could harm anyone else. After stopping the terrorist, Ari succumbed to his injuries.

During the court sessions it was revealed that Jabarin first went to the Ziv Junction, then the Cave of the Patriarchs in Hebron, and then to a spot then near Bethlehem, in search of Jewish victims. He finally headed over to the Gush Etzion junction, where he found Ari who was shopping for the coming holiday.

The family is being represented in court by Maurice Hirsch, who strongly believes that the terrorist should receive multiple life sentences. Hirsch expressed his hope that the court would also rule that the salary the terrorist would be receiving from the Palestinian Authority should be confiscated and transferred to the Fuld family.

The case against the terrorist was delayed after his eastern Jerusalem attorney Tarek Barghut had been arrested for terrorism, including multiple shooting attacks. He was sentenced to 13 and a half years after reaching a plea bargain and snitching on his fellow terrorist Zakaria Zubeidi. Barghut was replaced by attorney Khaled Alaraj.

Ari was born in New York in 1973 and moved to Israel in 1991. He lived in Efrat with his wife Miriam and their children Tamar, Naomi, Yakir and Natan. He was well known as a pro-Israel activist, as well as a Torah teacher, karate instructor, and a soldier in an elite reserve paratrooper unit, as well as the Efrat counter-terrorist unit.

Ari spent much of his time raising money to help support IDF soldiers.

Somewhere there is a world of peace, love, of joy. But not here.

No man has the right to make such decisions.

The meaning of the word ‘murder’ is:
Deliberate taking of a man’s life. Bloodshed. The unlawful premeditated killing of one human being by another.

Deliberate. Premeditated. Thought. Planning. The killer here left his house that day with the sole purpose of taking another man’s life. He thought, he planned- and he acted. And even after the fact, after days and even after months, there is not a shred of remorse for this vile act. If after a year and nine months there is no ounce of remorse, I doubt there ever will be.

Every murder has two victims. The victim and the family left in it’s wake.

Ari was a hero in his life, loved his fellow man, loved the Land of Israel, loved the State of Israel. And he protected them– whether serving in active military service still at the age of 45 or in educating the younger generation or teaching self-defense or posting articles and videos in social media. Even in the last moments of his life when he was chasing his killer with a fatal wound in his back to make sure the terrorist did not hurt anyone else… It is our obligation to protect Ari in this courtroom as he would if this had happened to any one of us.

Here today, here and now it is in the ability of this court to show that Jewish blood- any person’s life at all- is precious. That any murderer will pay dearly for his actions. In our case- an indictment on one count of murder and three additional counts of attempted murder, all these require a punishment to deter such acts in the future. Ari is not here to defend himself, it is your duty to do it for him. It is your duty to convey a deterrent message to be heard and feared by any future potential terrorist.

But multiple life sentences and a punishment that will prevent the murderer from enjoying the blood money that the Palestinian Authority has paid- just for killing Ari- will bring a shred of justice to such a cruel reality.

Murder is the most serious crime and we expect the most severe punishment. 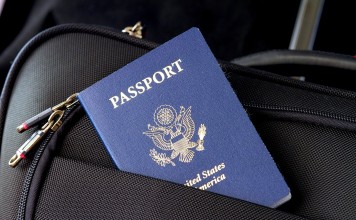 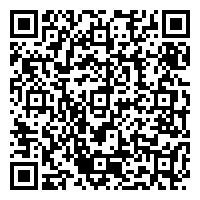