Ramallah area resident Assam Barghouti was formally indicted Monday at an IDF military court in Judea on three counts of intentional manslaughter – equivalent to murder – as well as attempted murder, along with a long list of other offenses.

Barghouti’s home in the village of Kobar was bulldozed by Israeli engineers several days ago following a final decision by Israel’s Supreme Court to reject a petition to appeal the demolition.

The charges were filed Monday in connection with two deadly terror attacks, one leading to the premature birth and subsequent death of Amiad Israel, and the other resulting in the death of two IDF soldiers, First Sergeant Yuval Mor Yosef and Sergeant Yosef Cohen.

The first attack took place at the entrance to the Jewish community of Ofra in the Binyamin region of Samaria on December 9, 2018. In addition to the death of the infant, his parents sustained serious and critical injuries; other civilians at the site were seriously wounded as well.

The second attack took place on December 13, 2018. Barghouti allegedly carried out a shooting attack at the Givat Assaf junction, murdering Yosef and Cohen and critically wounding a third soldier and a civilian as well.

On Monday, Barghouti’s remand was extended by the court in response to a request by the prosecution, until the conclusion of the legal proceedings. 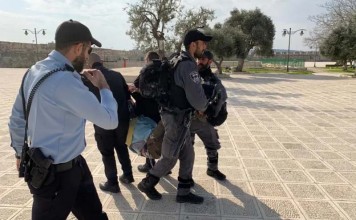