Home News & Views Business and Economy Report: Adelson Plans to Open Up Casino in North Korea
Share on Facebook
Tweet on Twitter
Photo Credit: Rodong Sinmun, the official newspaper of the Central Committee of the Workers' Party of Korea.

Sheldon Adelson is looking to expand his business to North Korea, according to witnesses who heard the casino mogul himself say as much during a June Taglit-Birthright Israel event in Jerusalem, Casino News Daily reported Sunday.

During his speech, Adelson, one of Birthright’s founders and main sponsors, said he was a veteran of the Korean war and that he hoped President Donald Trump would get “North and South Korea to finish the war,” so he, Adelson, could visit there again, not to fight this time, but to “open up business.”


Adelson, whose net worth is estimated at $43 billion, is the founder, Chairman, and CEO of the Las Vegas Sands Corp, which operates resorts and casinos in Macau and Singapore in southeast Asia.

Reports from the historic meeting between President Trump and North Korea leader Kim Jong Un on June 12 in Singapore suggested that Jong Un requested American help in building a casino resort as part of a new international tourist destination called Wo’nsan-Kalma. Construction at the resort is expected to be completed on April 15, 2019, Jong Un’s grandfather Kim Il-Sung’s birthday.

On May 26, ahead of his meeting with Trump, North Korean state media reported that Kim Jong Un toured the construction of the Wo’nsan-Kalma coastal tourist zone. Jong Un observed “the panoramic view of the construction site along Myo’ngsasipri seaside, where various buildings are taking their shapes.” He “encouraged the builders, praising them for having done a lot in just several months.”

Jong Un said “the period when the Ryomyong legendary stories were created became the old period on this land where fresh leaps in progress are taking place every day” and “noted that new miracles in construction are being created again at the construction site of the Wo’nsan-Kalma coastal tourist area.” 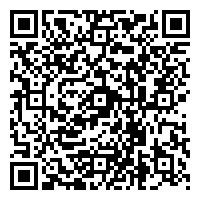