An attorney representing the Israeli government told the High Court of Justice on Tuesday that application of civil law in Judea and Samaria does not equal annexation of the territories.

In a legal brief filed in support of the Settlement Regulation Law, private attorney Harel Arnon told the High Court, “The mere application of a certain Israeli norm to an anonymous place outside the state does not necessarily make the anonymous place part of Israel… The Knesset is not restricted from legislating extra-territorially anywhere in the world, including in the region… [thus] the Knesset can legislate in Judea and Samaria.”


The legislation retroactively legalizes 4,000 homes in Judea and Samaria, with monetary compensation to relevant land owners living in the Palestinian Authority — when private owners are legally documented.

“Area C” was designated under the Oslo Accords as a region to be held entirely under Israeli administrative and security control. However, it has remained under military rule due to the ongoing dispute over who will ultimately end up with control over the region, since Palestinian Authority leaders have rejected every single peace plan proposed since the signing of the Oslo Accords in the 1990s.

Nearly half a million Israeli Jews live today in Judea and Samaria, including many families who are now in the second and third generations. As a result, there has been a growing movement to apply civilian Israeli law to Jewish Israeli communities in those regions, since it makes no sense to apply military rule to Israeli civilians, which many see as a form of discrimination. 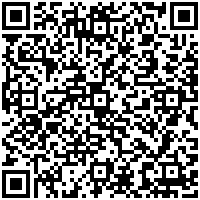