Cyclists will soon be able to bike all the way from Mount Hermon in the north to Eilat in the south, completing the 1,200 kilometer-long Israel Trail for bikes.

The Israel Lands Authority (ILA) Open Spaces Conservation Fund said Monday that it would invest NIS 45 million to build 600 kilometers of cycling paths over the next three years, to connect with 600 kilometers of existing trails that will complete the north to south national trail.


A 300-kilometer stretch of the trail between Mitzpe Ramon and Eilat was inaugurated in 2015 and another section, between Arad and Mitzpeh Ramon, is in advanced planning stages.

According to a Israel Lands Authority spokesperson, extensive work has been done to make the Israel Bicycle Trail sustainable. The trail was designed in cooperation with ecologists to ensure riders do not damage the environment as they pass through.

Among them are the volcanic formations of the Golan Heights, a natural biosphere reserve in the Menashe mountains, the antiquities of Caesarea, pilgrimage routes to Jerusalem, the Yatir Forest on the southern slopes of Mount Hebron, the ancient fort of Masada at the Dead Sea, the craters of Mitzpe Ramon, the Negev Nabatean Spice Route and the Eilat Mountains.

“This is a large-scale, project that will require careful planning and close cooperation between all the parties involved, both the municipal bodies in whose territories the areas are located and at a national level,” Israel Lands Authority Director Adiel Shomron said. “Such a national project, in which future vision and advanced environmental thinking will be integrated will contribute to the well-being of the general public.”

Cycling has boomed in popularity in Israel in recent years, reaching a peak earlier this year when the world-famous Giro d’Italia, one of cycling’s three grand tours, kicked off the 2018 tour in Jerusalem. 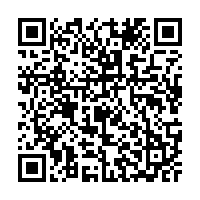