Israel’s political-security cabinet has approved a proposal by Defense Minister and Alternate Prime Minister Benny Gantz, urging the leadership to withhold the bodies of dead terrorists: all those killed in attacks on Israelis, not just those of Gaza’s ruling Hamas terrorist organization.

The proposal, approved Wednesday, is a policy long debated among Israeli security personnel; currently the policy states that Israel can only withhold the bodies of attackers belonging to Hamas.


With Wednesday’s decision, the bodies of any Palestinian Authority attacker, regardless of terror group affiliation – or lack thereof – will remain with the government of the State of Israel.

“Refusal to return the bodies of terrorists is part of our commitment of maintaining the security of Israeli citizens, and of course to bring [the bodies of IDF soldiers who fall in battle and Israeli MIAs] home,” Gantz said in a statement.

“I hope our enemy understands and internalizes the message well.”

The bodies of dead terrorists are routinely taken by Israel to be used as part of negotiations to retrieve the bodies of Israeli soldiers and/or civilians held by Hamas.

At present there are bodies of two IDF officers, fallen in the 2014 summer war, who were kidnapped by Hamas and are still being held by Hamas in Gaza. Lt. Hadar Goldin and Sgt. Oron Shaul remain in enemy hands despite years of effort to retrieve their remains by their families, Israel and foreign diplomats.

Wednesday’s decision followed by several hours an attempted terror ramming and stabbing attack that took place at the Tapuach Junction checkpoint in Samaria.

An Israeli police officer and IDF soldier, wounded in the attack, were taken to Beilinson Hospital for medical treatment, where they were listed in good condition. The terrorist, Mohammed Jabr al-Bitawi, is a resident of the area around Shechem (Nablus). He was shot by Israeli security personnel who opened fire when he attacked the two officers and was reported in fair (moderate) condition after being taken to a hospital for medical care.

The decision approved by the cabinet, however, is one that has been made before. Former Defense Minister Naftali Bennett has previously instructed the IDF and the defense establishment to completely stop the release of terrorist bodies, regardless of affiliation and/or type of attack committed.

The High Court of Justice has also ruled that the IDF has the legal right to hold on to the bodies of terrorists for use in negotiations with Palestinian Authority terrorists. The decision was handed down in a majority vote by a panel of seven judges who reversed a prior 2017 ruling on the same matter. The decision came in response to a petition filed by the families of six terrorists whose bodies were being withheld at the time by the State of Israel. 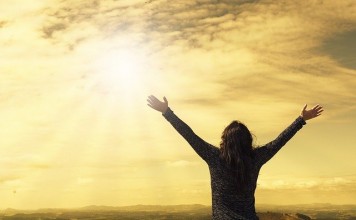 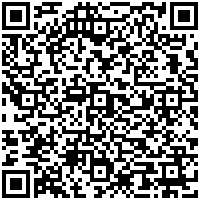