Turkey has long been a vacation destination for Israelis.  But with increasing tension between the current Turkish government and Israel, and what some describe as a level of anti-Semitism condoned by the highest levels of the current government, the tiny population of Jews who live in Turkey is rapidly dwindling.

According to figures from 2013, there are approximately 17,400 Jews in Turkey, a mere .02 percent of the population. The Jewish Virtual Library counts 23 active Turkish synagogues, of which 16 are in Istanbul.


Even tourism has been affected.

Tourism from Israel to, for example, the Mediterranean city of Antalya is back up to approximately 50,000 this past summer, which was down as low as 10,000 following the 2010 Mavi Marmara incident in which nine Turks died while attempting to violate the Israeli blockade on Gaza. Although the Turks on the boat brutally attacked the Israeli soldiers before any Israelis resorted to violence, Turkey insisted that Israel apologize and financially compensate the families of those who died.

The Mavi Marmara episode was just one in a string of incidents in which previously warm relations between the two westernized Middle Eastern countries became brusque.

An earler incident occurred during the Davos Conference of 2009.  Turkish Prime Minister Recep Tayyip Erdoğan raised his voice at the placid, peaceful Israeli President Shimon Peres, accusing him (Israel) of murdering children on the beach and of Israeli prime ministers having told him “we feel happy when we go into Palestine with our tanks and weapons.”  Erdogan refused to yield the floor despite far extending the bounds of time and courtesy.

And let’s not forget last February, when Erdoğan allegedly called Zionism a “crime against humanity.”

And finally, the recent alleged disclosure of the identity of ten Iranians who had been spying on Iran for the Israeli intelligence service, followed by the fury that the Turkish intelligence chief should be blamed for this leak has brought what had been a lot of background noise to a crescendo.

And now, according to the head of the Turkish community in Israel, Nesim Güveniş, the Jews of Turkey are getting out.

“Anti-Semitism, triggered by harsh statements from the Turkish government, has led to the migration of hundreds of Jewish youngsters from Turkey to the U.S. or Europe,” Güveniş told Turkey’s Hurriyet Daily News.

With only a smattering over 17,000 Jews still living in Turkey, it won’t be long before the only Jews left are the few Israelis vacationers.  Until something ominous interrupts that pastime as well. 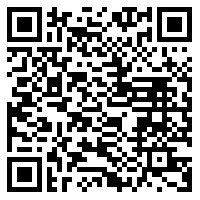