Some American Jews have a lot of chutzpah.

A gaggle of 100 mostly former heads of centrist to left-leaning American Jewish organizations – almost none of which represents an actual constituency – sent a finger-wagging letter to Israeli Prime Minister Benyamin Netanyahu on April 3, urging him to, in the wake of U.S. president Barack Obama’s visit to the Middle East, “respond to President Obama’s call for peace.”


It’s a good thing President Obama has a Jewish echo chamber, or who knows if the Israeli government would ever realize it needs to think about peace.

Virtually none of Netanyahu’s new pen pals have extensive foreign policy or military experience, or have devised anything approaching a successful policy-making and peace-stabilizing initiative.  But that didn’t stop these civilian Americans from telling Israel’s elected leader to take “concrete confidence building steps designed to demonstrate Israel’s commitment to a ‘two-states for two peoples’ solution to the Israeli-Palestinian conflict.”

In the minds of Netanyahu’s latest pen pals, Israel might – under the “guidance of Secretary of State John Kerry” – be able to “devise pragmatic initiatives” which would (finally?) “represent Israel’s readiness to make painful territorial sacrifices for the sake of peace.”

Less than 24 hours after the letter was sent to the Israeli prime minister, another one was sent and widely distributed.  This letter was written by the board of the Emergency Committee for Israel, the “pro-Israel wing of the pro-Israel community” – a quip uttered by William Kristol, editor-in-chief of the Weekly Standard, and head of ECI.

The pro-Israel letter takes a much more humble approach towards its intended recipient, while bristling at the audacity of the finger-waggers’ letter.

It’s puzzling to us why a small group of American Jews believes it is appropriate to demand ‘painful territorial sacrifices’ of Israelis, when those issuing the demand will not experience the pain, or be compelled to sacrifice anything, should their advice prove foolish – as it has so many times in the past.

When asked about the impetus for their letter, Noah Pollak, ECI’s executive director, told The Jewish Press, “They might exhibit a little more humility and caution. Even if we accept the premise that all the signatories are actually leaders of the American Jewish community, how does that make them qualified, and give them standing, to issue foreign policy directives to the State of Israel?”

The ECI letter draws a clear line between Jewish non-Israelis who state their views about what kind of policies Israel should pursue, which is perfectly acceptable, and the kind of demands made in the finger-wagging letter: “We, too, have strong opinions on the peace process – but one thing we never presume to do is instruct our friends in Israel on the level of danger to which they should expose themselves.”

So who are some of these finger-wagging ersatz foreign policy advisers?  They read like a veritable who’s who…who? The claim to fame of nearly all of them is that they are wealthy individuals with strong connections to the Israel Policy Forum.  Nearly a third of the signers are either on the board of directors or on the advisory council of the IPF, which is sometimes referred to as the “old man’s J Street.”

Few who signed the IPF letter are famous for their policy acumen, and though only one is an actual felon, none have been responsible for the safety of a tiny nation surrounded by genocidal enemies.  But somebody must have been involved in Middle East peace process work, perhaps Israel’s leadership could benefit from their advice.

Oh, there’s Tom Dine – he’s someone whose name always pops up on letters like these.  Dine is almost always, at least in gatherings intended to suggest a broad range of political diversity, identified as a former executive director of the American Israel Public Affairs Committee.

But much more recently than Dine’s AIPAC tenure, which ended 20 years ago, Dine has been busy peddling a kind of foreign policy initiative for peace in the Middle East, the focus of which was not Israel’s security, but instead was that of a different tiny nation in the vast Middle East as the lynchpin for peace.  That country was Syria.

Since 2007, Dine has been the senior adviser for Search for Common Ground‘s US-Syria program.  Common Ground’s  goal is “to transform the way the world deals with conflict – away from adversarial approaches and towards collaborative problem solving.”

Although Dine signed the letter advocating Israeli concessions in order to entice the Arab Palestinians back to the negotiating table, it was not long ago that he was insisting there was absolutely no chance for a bilateral resolution to the Middle East conflict.

At the far left J Street’s annual conference in February, 2011, Dine was adamant that there was no possibility for achieving a bilateral peace agreement between Israel and the Palestinian Authority.  Instead, he was heavily advocating a regional peace plan, one which “had to pass through Syria.”  Double oops.

Dov Zakheim, another finger wagging pen pal, is on the board of Common Ground. Zakheim is the only other pen pal whose name is at least familiar to the foreign policy crowd.  Zakheim had extensive stints in the administrations of Ronald Reagan and George W. Bush, primarily overseeing budgets for defense spending.

One of the 19 women who signed the letter is Susie Gelman.  Gelman is the past president of the Washington D.C. Federation and, with her husband Michael, will serve as co-chair of the 2013 General Assembly of the Jewish Federations of North America.  Another leader in the Federation world is Marcia Riklis who is both on the IPF board and is also the campaign chair of the UJA-Federation of New York.

Another former head of the New York Federation who signed the finger-wagging letter is Larry Zicklin, who was previously chairman of IPF. A former leader of the UJA, Marvin Lender, signed on, as did a former chairman of the Jewish Agency, Richard Pearlstone. Nicholas Buncl is on the IPF advisory board and was previously the chair of the New York Jewish Community Center. Several well-known and well-monied men such as Charles Bronfman, S. Daniel Abraham, Lester Crown and Stanley Gold also signed the letter.

If many of these names have begun to ring a bell, that’s because a large number of them signed another letter to Israeli Prime Minister Netanyahu just last summer.  At that time they also presumed to instruct the Israeli prime minister about how best to run his government.  That letter was sent shortly after former Israeli Supreme Court Justice Edmond Levy had issued a long-awaited report regarding the legality of Jewish settlement in Judea and Samaria. The Levy Report concluded that Jewish settlement in those territories is legal; there is no “occupation” in the territories.

Those pen pals, most of whom were also Israel Policy Forum members, instructed Netanyahu to “make sure his government rejects a controversial report that denies Israel is occupying” the land west of the Jordan River.

Moshe Dann wrote a carefully researched and detailed analysis of the funding and connections behind the July, 2012 letter writers, including the IPF members and the others in the larger leftist Jewish community, one that often seems more committed to the creation of a Palestinian State than they are concerned about the consequences such a creation would pose for the security of Israel.

As Dann pointed out in his article, very few of those who signed the  letter could have even read the report, as it was only in Hebrew at that time.  But an inability to read the Levy Report had no bearing on whether or not to criticize it, and the different Jewish organizations of the left, which include not only IPF, but the further left Center for American Progress,  Peter Beinart, and the New America Foundation, all seem to share members and funders.

“The difference between their letter and ours,” ECI’s Pollak offered as a final observation regarding the two U.S. letters sent to Netanyahu, “is that the prime minister might actually read ours.” 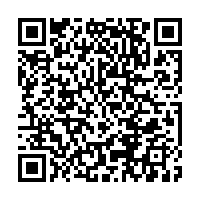