British archaeologists have discovered a huge 4,000-year-old building that probably was in use in the ancient city of Ur, where the forefather Abraham lived before leaving with his father Terah for Israel, then known in the Bible as “the land of Canaan.”

The ancient city of Ur was discovered approximately 90 years ago and is thought to be Abraham’s birthplace, but the latest discovery is the first time a building has been unearthed that might be connected with the city or have religious connections to it.


The unearthing of the large structure, approximately 260 feet on each side, includes several rooms around a large courtyard.

“It might be an administrative building, it might have religious connections or controlling goods to the city of Ur,” Manchester University archaeologist Stuart Campbell told the Associated Press.

Among the artifacts discovered were signs of idol worship, which also was prevalent in Canaan until Abraham introduce the concept of one Deity to the world.

Iraq is known to host a wealth of history underground but has not been accessible to Western archaeologists for more than three decades because of the tyrannical regime of Saddam Hussein and ensuing wars.

One of the images that was found is that of a ram, the animal that Abraham sacrificed in Canaan after God “tested” him with His order to sacrifice his only son. Yitzchak (Isaac), who was to inherit the land for future generations of Jews, as written in the Bible:

“And Abraham stretched out his arm and took the knife to slaughter his son, and the angel of God called from the heavens and said, Abraham, Abraham…. Do not stretch forth your hand to the lad, nor do the slightest thing to him, for now I know that you are a God fearing man, and you did not withhold your son, your only one, from Me.

“And Abraham lifted up his eyes and saw a ram caught in a thicket by its horns and Abraham went and took the ram and offered it as a burnt offering instead of his son.” 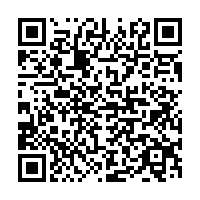