The UCLA student council rejected on Wednesday a resolution calling for divestment from five American companies that are accused of abusing Palestinian human rights.

The 7-5 vote by the Undergraduate Students Association Council followed nine hours of public comment and was held by secret ballot after one council member reported receiving anonymous threats by email during the all-night meeting.


Brought by Students for Justice in Palestine, the resolution called for divestment from Caterpillar, General Electric, Hewlett-Packard, Cemex and Cement Roadstone Holdings — companies that divestment backers said were used by the Israeli military to violate Palestinian human rights in the West Bank and Gaza Strip.

While the resolution included a clause declaring it independent from the wider boycott, divestment, sanctions movement, opponents said passing the measure would nonetheless be taken as a victory for pro-BDS groups.

“If you vote yes, that will be taken as an extension of the BDS movement, whether or not you want it to be,” Bruins for Israel President Avinoam Barel told the council members.

Dana Saifan, the president of Students for Justice in Palestine at the University of California, Los Angeles, countered that the resolution should be judged on its own merits.

“As much as this might be construed to meaning other things, this is my human rights,” she said.

Saifan also told the council, “We are not asking for an endorsement of the BDS, we made that incredibly clear. Our community supports Jewish self-determination, we’re saying it — we’re not hiding anything.”

In addition to fears of supporting the BDS movement, several council members said they felt UCLA’s Jewish community had not been sufficiently consulted by Students for Justice in Palestine before the resolution was brought to the council, despite having been notified beforehand.

The UCLA resolution is the latest in a series of divestment proposals throughout the University of California system.

The Undergraduate Students Association does not control the university’s investment portfolio, so the resolution would have served as a recommendation to the Board of Regents, which has stated it will not entertain Israel-related divestment. 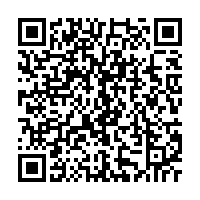