Israeli drug developer Pluristem Therapeutics Inc. last week announced that the National Institute of Allergy and Infectious Diseases (NIAID), which is part of the US National Institutes of Health (NIH), will initiate studies in large animals to evaluate dosing for Pluristem’s PLX-R18 as a medical counter measure in the treatment of the hematologic components of Acute Radiation Syndrome (ARS).

The company has developed an anti-radiation therapy that the US government is eager to purchase, because it cures 100% of cases of exposure to radiation. Acute Radiation Syndrome is caused by exposure to very high levels of radiation, such as those that could occur in a nuclear catastrophe. The syndrome can cause severe illness or death.

Once the optimal dose of PLX-R18 is determined in large animals, a pivotal trial could be conducted and the results would be used to support a Biologics License Application (BLA) submission of PLX-R18 for this indication under the Animal Rule regulatory pathway.

In September 2015, the FDA confirmed that data from earlier trials conducted by NIAID were justified the future design of studies in Pluristem’s development path for PLX-R18. NIAID is supporting and collaborating on the dosing studies, and Pluristem is supplying the PLX-R18.

“We are very pleased to receive the support and collaboration of the NIH for the development of PLX-R18 as a medical countermeasure in the treatment of ARS, which is the first indication we are targeting in the defense technology space,” Pluristem Chairman and CEO Zami Aberman said in a statement.

The Company has reported robust clinical trial data in multiple indications for its patented PLX cells. The cells release a cocktail of therapeutic proteins in response to inflammation, ischemia, hematological disorders, and radiation damage. PLX cell products are grown using the Company’s proprietary three-dimensional expansion technology. They are off-the-shelf, requiring no tissue matching prior to administration. 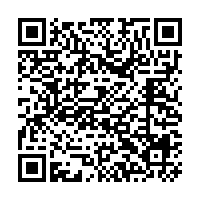