Israel has approved the construction of 3,000 new apartments in Jewish communities in Judea and Samaria, despite strong opposition from the United States.

Preliminary approval was granted Wednesday by the planning committee of the Coordinator of Government Activities in the Territories (COGAT) for plans to build 1,344 housing units. Final approval was granted for the construction of another 1,800 homes as well, according to an Israeli defense official who spoke with Ynet.


In advance of the planning committee meeting, Israel published construction tenders on Sunday for some 1,355 new housing units in Judea and Samaria, where nearly half a million (440,000 Jews make their homes.

The move drew harsh criticism from the US, the European Union, leftist members of Israel’s governing coalition, and the Palestinian Authority.

The Biden Administration has informed Israel of its strong opposition to the approvals, with statements from US Secretary of State Antony Blinken, State Department spokesperson Ned Price and from US Consul General in Jerusalem Michael Ratnani.

Blinken told Gantz that both the number of approved housing units and their locations “deep inside the West Bank” were “unacceptable,” Ravid reported, urging Gantz to take the US position on settlements more into consideration in the future.

Gantz told Blinken in response that he understands US concerns and had decreased the number of building plans to be approved as much as he could. However, he noted that he had also approved plans for 1,300 new housing units for Palestinian Authority citizens in Area C, a part of Judea and Samaria under the complete administrative and security control of the State of Israel, per the internationally recognized Oslo Accords.

It has been ten years since new housing units were approved for Palestinian Authority Arabs in Area C.

Gantz also pointed out that he had been roundly criticized by political rivals for having met with Palestinian Authority leader Mahmoud Abbas, and for recently granting legal status to 4,000 PA Arabs living in Judea and Samaria.

There is no indication that Blinken expressed any opposition to construction of housing for Palestinian Authority Arabs in Israeli-controlled parts of Judea and Samaria. Nor did he oppose the meeting between Gantz and Abbas.

“We are deeply concerned about the Israeli government’s plan to advance thousands of settlement units tomorrow, Wednesday, many of the deep in the West Bank,” Price told reporters at a briefing in Washington.

“We strongly oppose the expansion of settlements, which is completely inconsistent with efforts to lower tensions and to ensure calm and damages the prospects for a two-state solution,” he said.

US officials are ignoring the fact that all of the new housing is to be built within the existing legal municipal boundaries of each community.

The conversation between US Consul General Ratnani and Prime Minister Naftali Bennett’s adviser for international affairs, Shimrit Meir, also didn’t go very well, according to a source quoted by Ravid in a report for Walla! News.

Ratnani told Meir during their call that the US takes promotion and construction of housing across the Green Line seriously. He expressed “concern” over the apartments that are to be built in smaller Israeli communities somewhat isolated from the major “settlement blocs.” 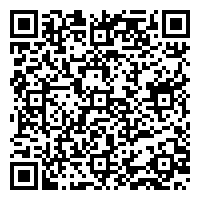